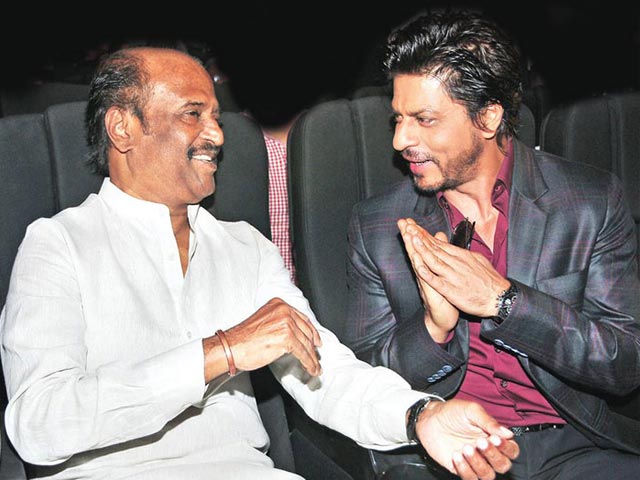 SRK, who plays an obsessive fan in the Maneesh Sharma-directed film, told Rajinikanth he was just 'one of your countless fans.'

Rajni Sir, I'm not a star, but just one of your countless fans Thalaiva @superstarrajini. Proud to be your fan! https://t.co/KyBiZy4vt8

For Sachin, SRK's tribute began with 'Aila', the catchphrase famously used by the cricket maestro in the 1999 Pepsi commercial featuring Sachin himself, Shane Warne and Carl Hooper.

SRK confessed he was Yash Chopra's 'eternal fan.' The two worked together in a string of blockbusters including Dil Toh Pagal Hai, Veer Zaara and Jab Tak Hai Jaan.

SRK said 'I love you' to the people of Kolkata, in true filmy-style.

Yash ji, no one has shown the purity of Punjabi culture like you did. This one's for you. I'm your eternal fan! https://t.co/yKSOYyCar2

SRK also paid tribute to Mahatma Gandhi with a dubbed version in Gujarati.

Gandhiji, The Father of the Nation is also the world's biggest star. The whole nation & the world is his fan! https://t.co/t0yQI0cYOT

For Bhojpuri actor Manoj Tiwari, he had this: