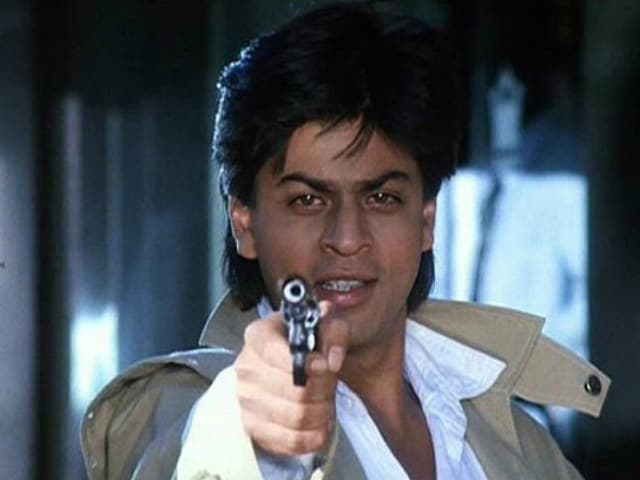 New Delhi: Shah Rukh Khan, a self-made actor if ever there was one, told NDTV a 'secret' about his beginnings in Bollywood. "This is a secret, I've never said this on any interview," Shah Rukh Khan said on Spotlight about the real reason he signed films like Baazigar and Darr early in his career. Just a year after his big screen debut in 1992's Deewana, 26-year-old SRK was cast as the antihero in Baazigar and Darr and then again in 1994's Anjaam. These were star-making roles and now, some 25 years on, SRK has been feted for those career-defining decisions so many years ago. But by SRK's own account, it wasn't because he was being 'gutsy' that he ended up being cast as Baazigar's vengeful Vicky/Ajay or the obsessed Rahul of Darr.

"The reasons I agreed to do roles which the other guys were saying no to (for whatever their mindset was), a Darr or a Baazigar, was because I thought I'm not good-looking enough to be a hero, so let me just get a villain's job. I didn't do it because I was gutsy or because I knew I could pull it off, I'm such a great actor," Shah Rukh Khan, 51, said on Spotlight.

One of his directors (whom SRK refused to name) told him, "You're so ordinary and ugly looking, I can use you for anything." And that suited Shah Rukh Khan just fine just so long as he got to act.

You don't have to be good-looking of gifted or connected, SRK said - he doesn't think he is any of this. "Don't worry about the outside world having assumptions and criteria," he advised a young audience on Spotlight.

Promoted
Listen to the latest songs, only on JioSaavn.com
Video: Watch what Shah Rukh Khan said:


His days of playing the antihero aren't behind him yet. Shah Rukh Khan returns to shades of grey in his new film Raees, starring as a boot-legger and criminal figure in 1980s Gujarat. Raees co-stars Nawazuddin Siddiqui and opens on January 25.