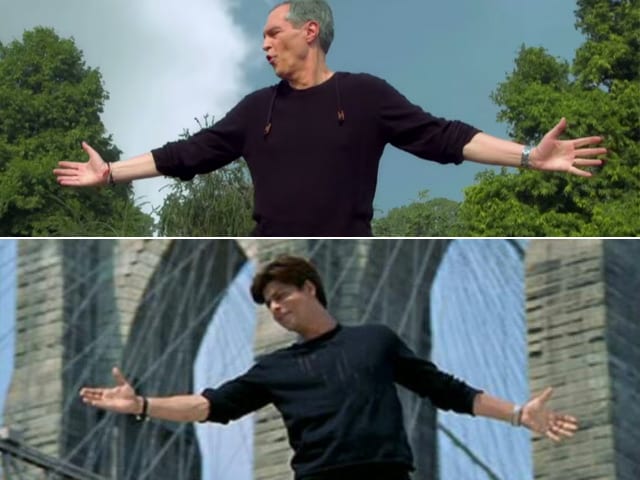 Michael Steiner in a still from Lebe Jetzt (Above) and Shah Rukh khan in Kal Ho Naa Ho.

The song, written by Javed Akhtar and sung by Sonu Nigam, talks about living in now rather than thinking about past or future.

After watching the video, which has been directed by Sumit Osmand Shaw, Karan Johar asked Shah Rukh to have a look at it. And the actor replied on Twitter:

"@karanjohar: @iamsrk you have to see this!!! https://t.co/B3vFJLvvoW#KalHoNaaHo#eternalsong" Drat! They remade it already! Awesome job.

Promoted
Listen to the latest songs, only on JioSaavn.com
Besides Mr Steiner, the three-and-a-half-minute tribute video stars his wife Eliese in the role earlier played by Preity while former foreign minister of India, Salman Khurshid filled in the role done by Saif.

The premiere of the music was attended by actress Sharmila Tagore, Saif, Mr Akhtar, Madhu Kishwar and Shaw last night in the Capital.