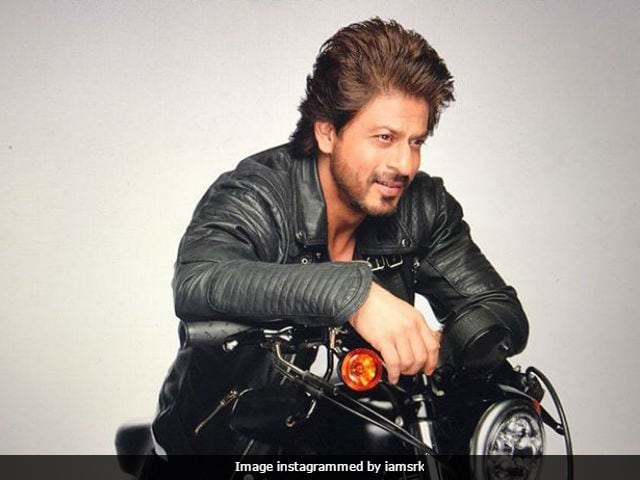 New Delhi: Actor Shah Rukh Khan, who delivered an inspiring speech at the TED Talks in Vancouver on Thursday, shared a photograph with one of his 'favourite' Hollywood stars Warren Beatty on Twitter. In his tweet, the 51-year-old actor wrote: "After a whirlwind travelling spree spent a quiet evening with friends in LA and met one of my favourite stars...Warren Beatty." Actor and filmmaker Warren Beatty, who made his screen debut with Splendor in the Grass, is best known for his movies like Bonnie and Clyde (1967), Shampoo (1975), Dick Tracy (1990), Bugsy (1991), Bulworth (1998) and Rules Don't Apply (2016). See the picture posted by Shah Rukh Khan with the Hollywood veteran below.

After a whirlwind travelling spree spent a quiet evening with friends in LA & met one of my fav stars...Warren Beatty. pic.twitter.com/LPC4IIwrCE

Shah Rukh Khan is the first Indian actor to deliver a TED Talk. He will be hosting the Hindi version of TED Talks', titled TED Talks India: Nayi Soch. In his speech, the Swades actor said: "I sell dreams and I peddle love to millions of people back home in India, who assume that I am the best lover in the world," reports AFP.

Promoted
Listen to the latest songs, only on JioSaavn.com
"For years, I've been a huge fan of TED Talks. There are so many people in India who would like to come out with their ideas and thoughts, and speak them in Hindi." AFP quoted Shah Rukh Khan as saying.