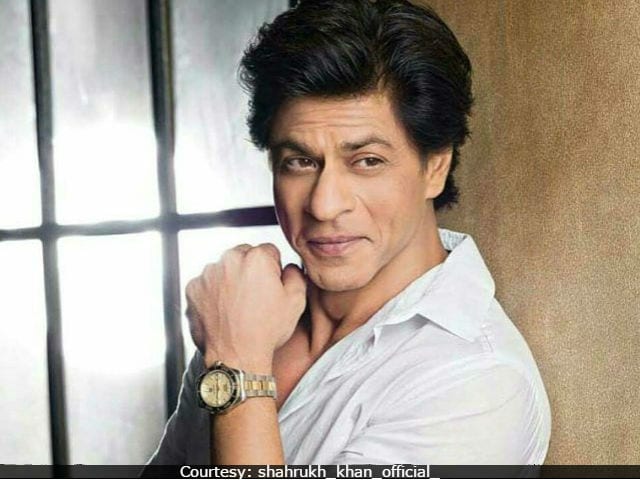 New Delhi: Shah Rukh Khan, one of Bollywood's most successful and profitable actors, is the man behind many blockbuster films like Chennai Express and Happy New Year. The top-rated star of Bollywood is now celebrating more than 25 successful years in the industry. King Khan or Baadshah of Bollywood, as SRK is fondly called, debuted in 1992 with Deewana. Most of Shah Rukh's films have been successful at the box office and some like Dilwale Dulhania Le Jayenge, Veer Zara, Kal Ho Naa Ho, were incredibly successful. DDLJ, which released in 1995, is still playing in a Mumbai theatre. The 51-year-old actor has appeared in more than 80 films, and has 14 Filmfare Awards to his name.

Born to Taj Mohammed Khan and Lateef Fatima in New Delhi, Shah Rukh Khan is an alumnus of Hansraj College. During college, SRK became a part of Barry John's Theatre Action Group. He debuted on the small screen as Lieutenant Abhimanyu Rai in the 1988 TV serial Fauji. The show gave him instant success and made SRK popular in no time. His next stint with TV was in the show Circus, which too was a big hit.

Before entering cinema, on October 25, 1991, Shah Rukh Khan married his long-time girlfriend from his hometown Gauri Chibber. The couple together has three children, Aryan, 19, Suhana, 16 and AbRam, 3.

His first film Deewana, earned him Filmfare Best Debut (Male) Award. In 1993, he played a villain in Baazigar, which proved to be SRK's breakthrough film. The runaway hit earned him a first Filmfare Best Actor Award and since then, we fell in love with the SRK-Kajol hit Jodi forever. The year 1995 changed Bollywood and SRK's status and helped him earn the title of a 'star' with the epic Yash Chopra love story Dilwale Dulhania Le Jayenge. It re-defined SRK as the most revered romantic hero of Bollywood. The film won a staggering 10 Filmfare Awards, including the Best Actor Award for Shah Rukh Khan. And since then, there is no looking back for Shah Rukh Khan.

Dil Toh Pagal Hai, Kuch Kuch Hota Hai, Mohabbatein, Kabhi Khushi Kabhie Gham, Swades, all were successful at the box office. Besides films, SRK also hosted a couple of television show and gained popularity there too. To sum up, Shah Rukh Khan, 51, is at top of his career.

Apart from being true to his profession, SRK is a caring husband and a doting father. Earlier, he was often spotted with kids Aryan and Suhana and now AbRam keeps him busy. The father-son duo has often been photographed at airports, cricket matches and now on long drives too.

Interestingly, unlike other actors, SRK has never been controversies favourite child.

Shah Rukh Khan's relationship with Salman Khan also improved meanwhile and the duo co-hosted an award show together. SRK also promoted his film Raees on Bigg Boss 10. He will also do a cameo in Salman's Tubelight. His last film Raees also fared well at the box office and SRK has all reasons to be happy.

Promoted
Listen to the latest songs, only on JioSaavn.com
Here are 50 of the best photos of Shah Rukh Khan:

With Gauri During Cocktail Party at The Design Cell Store

Will this go down as a pole dancing epic fail!!!

The eyes r full of language...trying to read what each one is saying...

"I am a cage, in search of a bird." Kafka in Prague. In our case we r only trying to discover characters in our film.

"I am...like the Truth. Loving me is easy, if you see it for what it is. Terribly difficult if you want it to be what it isn't."

There will always be a strong shadow where there is a light of 20 yrs. Thank u all for the DDLJ memories.

If I could, I would jump amidst you. So that you could take me home. Thank you all for coming and making my birthday so special. Love you!

Felt really happy at ur bday party. Guess that's what friends make u feel. Thanks @manishmalhotra05 and @karanjohar .

To the Fan Clubs well wishers & my Instagram family shukriya for viewing & reviewing it so. Seems like a movie release. #RaeesTrailer

Thank u Pune. Symbiosis students & all at the Seasons mall...and all following me on the roads. Go for Raees now!

At the Sri Darbar Sahib. Peace and love and all feelings beautiful. Thank u Amritsar.

Known each other for 25 years and this is the first picture we have taken together of ourselves. Was a fun night.

Was happy for this last night. Thank u all.

Thx @mwsyouth #ShabanaAzmi @manishmalhotra05 #Namrata for making me walk for women equality. It was such a happy show.

#Repost @iamsrk with @repostapp Hold her hand so that she can lead you. Happy Women's Day

I'd like to happily announce the arrival of my third child... thanks everyone for the support i am now a father of 3 amazing angels as Suhana and Aryan are blessed with a baby brother

I want to smell him...if I meet him firstly I will tell him let me smell you for 2 days please | #Angelofmine |

Sunil is my world, he was so cute in this movie and so innocent Sunil is me for Shah he's my third Fav Character Love you always @iamsrk | #23YearsOfKHKN |

This sexy look and half smile slayed my entire life | #myeverything |

Designing for Ace Group India who have always been creative, innovative & imaginative in the front of the real estate developments in Delhi .

This year, after Raees, Shah Rukh Khan will be seen in Imtiaz Ali's Rehnuma (tentatively titled) opposite Anushka Sharma and will then feature in Anand L Rai's untitled project as a dwarf.