"I am going to see it after three months. Maybe I will be able to figure out when I am away what went wrong with it," Shah Rukh Khan said in Beijing 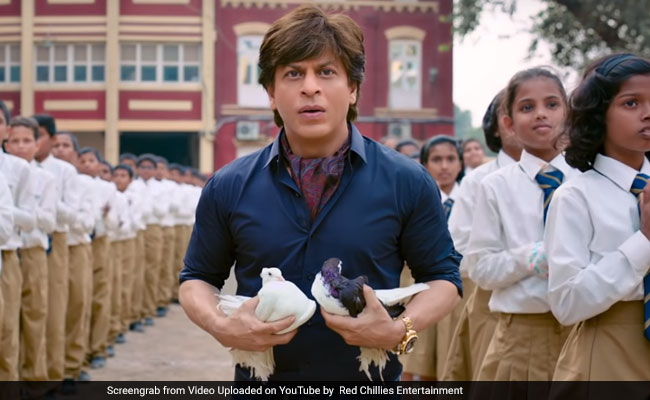 Shah Rukh Khan in a still from Zero (Courtesy YouTube)

Shah Rukh Khan has taken his VFX-heavy film Zero all the way to China for closing the Beijing International Film Festival, where he talked about the film's poor performance in India, reported IANS. "Unfortunately, Zero itself wasn't received too well back home in India. Maybe I made the wrong film, maybe I did not do the right storytelling so I am a little wary how it will be received here and I hope people here will like it," the 53-year-old superstar said in an interview to China Global Television Network. Zero is reportedly made on a budget of around Rs 200 crore while it's collections stopped way ahead of Rs 100 crore in the Indian market in the first week.

Zero, produced by Shah Rukh Khan's Red Chillies Entertainment, is said to be his most expensive film till date.

Shah Rukh Khan said that a lot of hard work went in to making Zero and hence, its debacle did not make him "depressed" but made him not want to watch the movie again: "When it went wrong, I felt bad. That it got rejected by so many people... when you make a film like that for three years and it goes wrong... you get not depressed or anything but...I didn't want to see it. I am going to see it after three months. Maybe I will be able to figure out when I am away what went wrong with it."

Zero will be screened at the film fest on April 20.

Shah Rukh Khan featured in a never-seen-before role in Zero - he played a vertically challenged character with the gift of the gab. Katrina Kaif and Anushka Sharma were his co-stars in the Aanand L Rai-directed film.

Zero released as a Christmas offering but only managed to make Rs 80 crore in the first week. At an interview earlier this year, Anjum Rajabali, the writer of the Rakesh Sharma biopic said Shah Rukh Khan perhaps opted out of the movie as he was "shaken up" by the failure of Zero.