Fair to call it a Shah Rukh Khan appreciation post 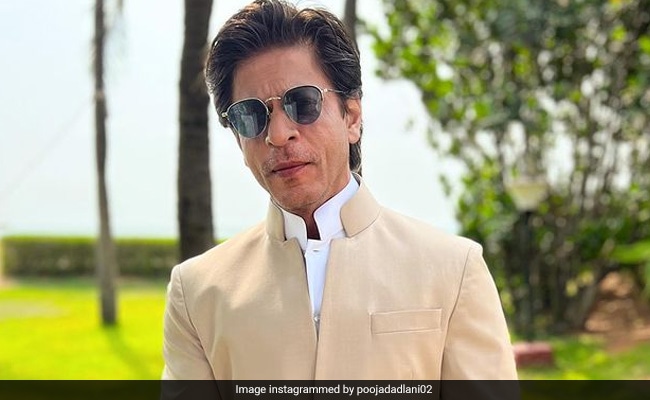 Guess who just checked into Nayanthara and Vignesh Shivan's wedding in Mahabalipuram? Shah Rukh Khan it is. The actor recently recovered from Covid-19, just in time to attend his co-star's wedding. The actor's manager Pooja Dadlani shared pictures of him at the wedding venue on her Instagram profile on Thursday morning and she captioned the post: "For Nayanthara's Special Day," and added a bride and a ring emoji. Shah Rukh Khan looks charming as ever in a biege ensemble and a pair of sunglasses. SRK and Nayanthara will reportedly co-star in Atlee's multilingual project Jawan, which is slated to release next year.

According to reports, the guest list at Nayanthara and Vignesh Shivan's wedding comprises some of the biggest names of the Indian film industry - Rajinikanth, Kamal Haasan, Chiranjeevi, Suriya, Ajith, Karthi, Vijay Sethupathi, Samantha Ruth Prabhu will reportedly attend the wedding and the reception.

SRK announced his association with the project with this teaser and wrote: "An action-packed 2023! Bringing Jawan to you, an explosive entertainer in cinemas 2nd June 2023. In Hindi, Tamil, Telugu, Malayalam and Kannada."

SRK was last seen in 2018 film Zero, co-starring Anushka Sharma and Katrina Kaif. He has also co-produced Alia Bhatt's Darlings, which marks her debut as a film producer. He also backed the standalone film on Bob Biswas, featuring Abhishek Bachchan in the titular role, which released last year.