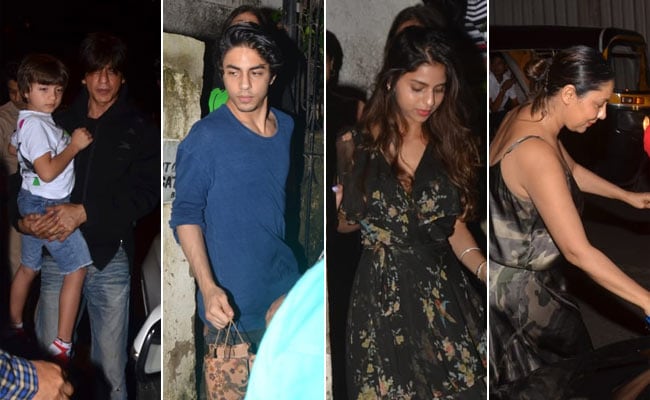 Shah Rukh Khan got early tickets to The Lion King and had a mini fam-jam at a Mumbai PVR on Tuesday evening because, like he had said earlier, "The Lion King is that one movie that my entire family loves the most and it holds a very special place in our hearts." Shah Rukh, who voices the character of Mufasa in the Hindi version of Jon Favreau's The Lion King, had also revealed that he and his eldest son Aryan, who features as Mufasa's son Simba in the Hindi version, were really looking forward to AbRam watching the movie. "We are most excited that AbRam is going to watch this," SRK had said in a press release. On Tuesday evening, SRK was spotted exiting the theatre with his 6-year-old cub AbRam, tucked in Shah Rukh Khan's arms. 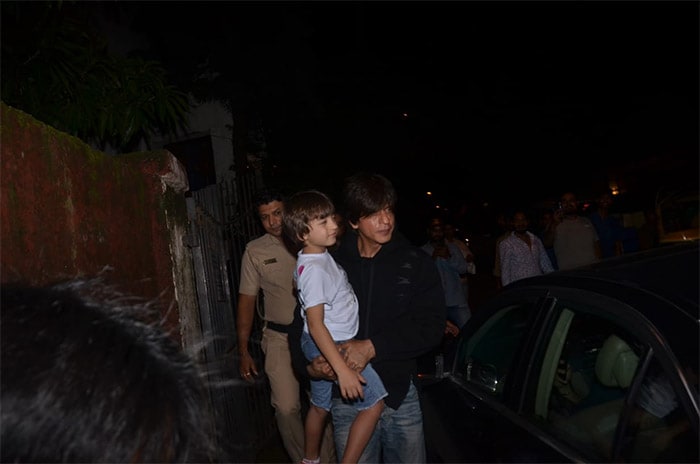 Shah Rukh Khan with AbRam at The Lion King screening 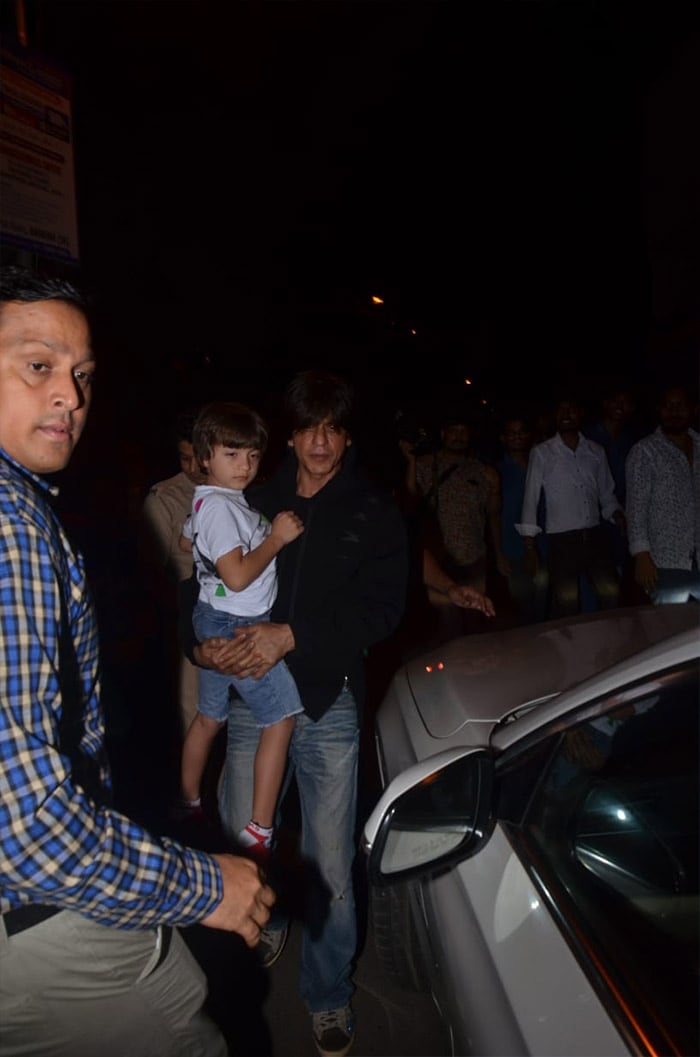 Shah Rukh Khan with AbRam at The Lion King screening

Also accompanying the father-son duo were SRK's wife Gauri Khan, daughter Suhana and his real-life Simba Aryan. About translating their father-son relationship onscreen in The Lion King, SRK had said earlier: "As a father, I can totally relate with Mufasa and the endearing relationship he shares with his son - Simba. The legacy of The Lion King is timeless; and being a part of this iconic re-imagining with my son Aryan makes it extra special for me." 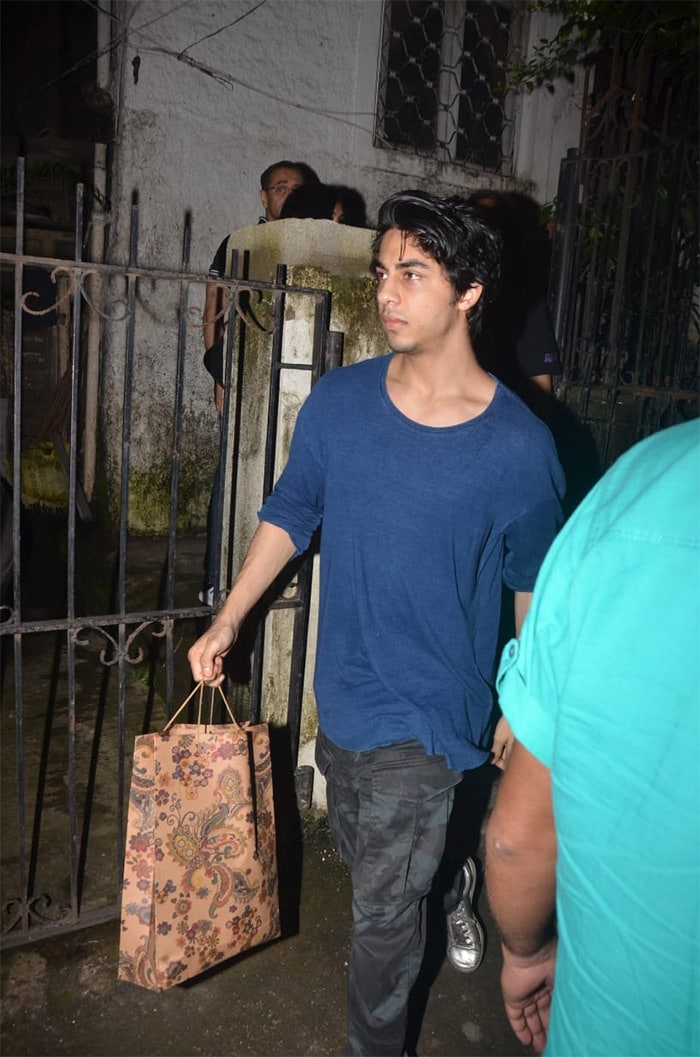 The paparazzi spotted the Khans while they were checking out of the theatre after their big movie night.

Suhana Khan was dressed for a casual night out in a black printed dress and looks like there's no bad hair kinda day for her. Gauri Khan was spotted twinning with Suhana in a satin dress in black and green. She quickly made her way to the car with a friend. Aryan Khan, who is hardly ever spotted smiling, was casually dressed in blue and looked like carried a few shopping bags. 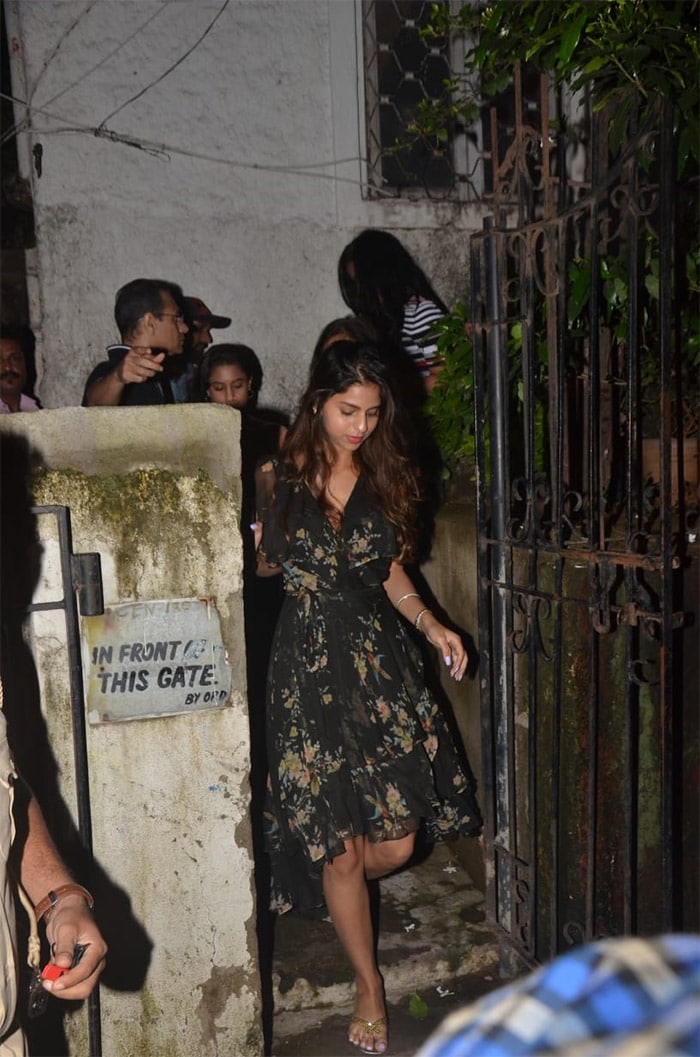 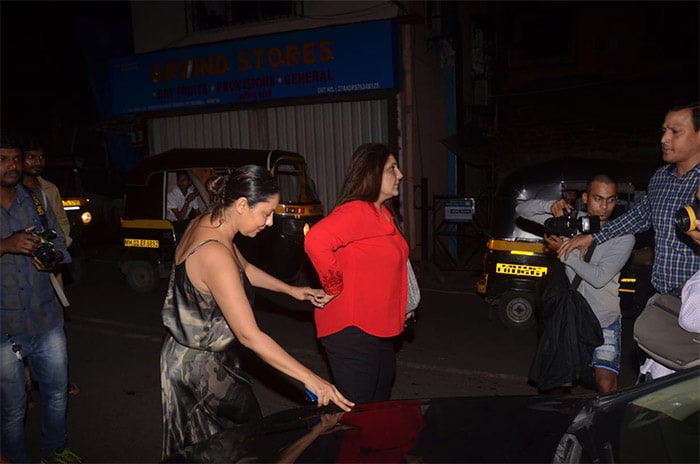 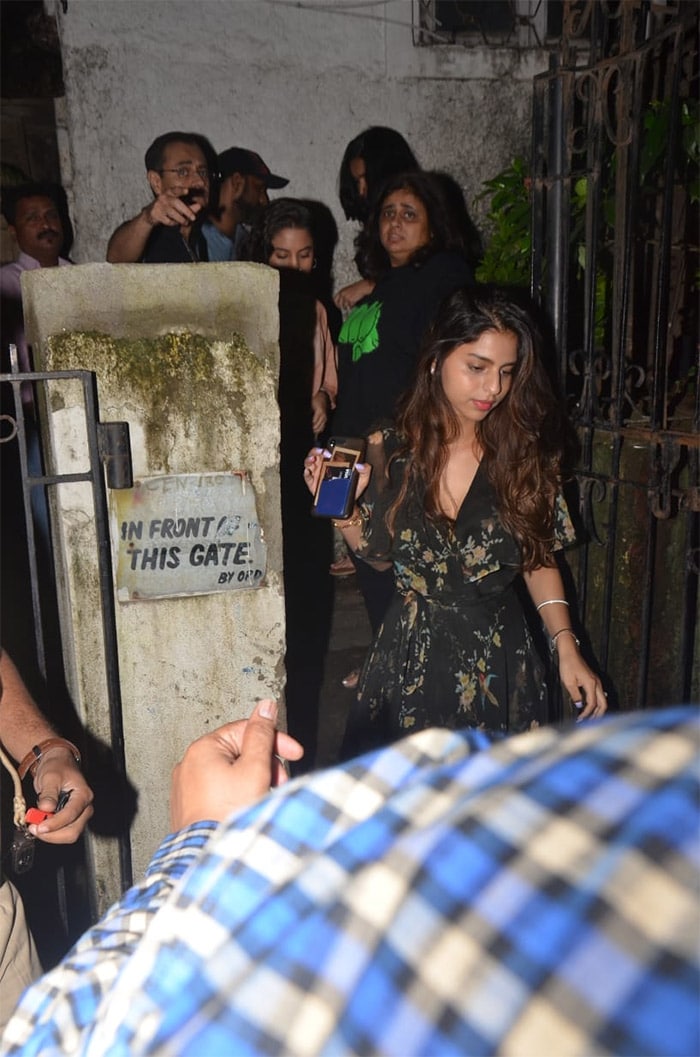 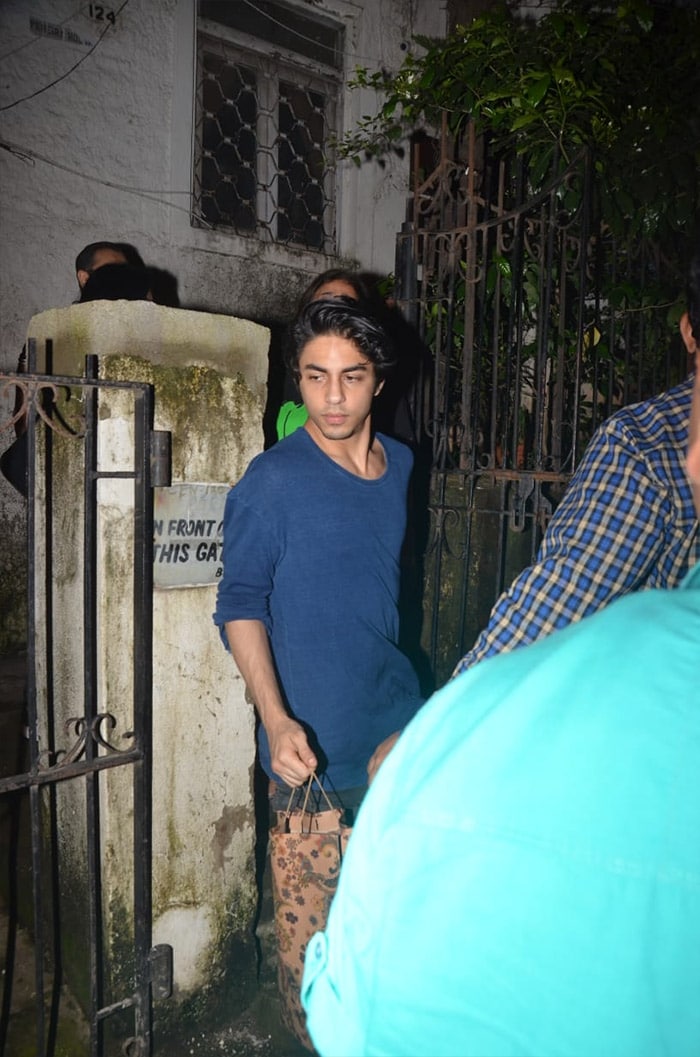 Earlier this month, Shah Rukh Khan introduced Aryan as Simba with a new teaser of The Lion King and followed it up with a thought that had struck all of us when we heard Aryan as Simba - "Doesn't his voice sound a bit familiar? Or is it just me?" SRK tweeted. He also attached a thank you note on behalf of Aryan because: "Young Lions don't tweet. So, on behalf of Simba Aryan Khan, I want to thank u all for appreciating his effort."

Young Lions don't tweet so on behalf of Simba #AryanKhan I want to thank u all for appreciating his effort. Also thx to @disneyfilmindia & the team at Sound & Vision ( Mona & Mayur gang) & doesn't his voice sound a bit familiar? Or is it just me?

The Lion King arrives in theatres on July 19.