"It's the kind of movie that you can watch with all your children," said Shah Rukh Khan 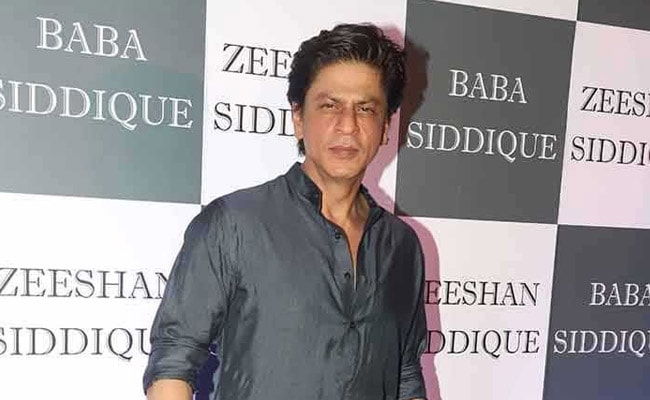 Shah Rukh Khan photographed at a party in Mumbai.

Superstar Shah Rukh Khan says he fell in love with The Lion King for the way the movie narrates a story based on a relationship between a father and a son. Bollywood's King Khan and his son Aryan have done the voice overs for King Mufasa and his son Simba respectively in the Hindi version of Disney's upcoming live-action film The Lion King.

"The Lion King has been, for not just me, but for so many people around the world, one of the favourite films that they have enjoyed with their families and kids," Shah Rukh said.

"There are only three films that one loved actually while growing up. One is The Lion King, followed by The Jungle Book and Bambi," he added.

The Lion King follows the adventures of Simba, who is to succeed his father Mufasa, as King of the Pride Lands, and narrates a tale of how he rises up to the occasion despite several attempts to bring him down by his villainous uncle Scar.

The Jungle Book fame director Jon Favreau has re-imagined the world of Disney's classic to bring alive the new live-action version. He has stayed true to the classic story of Simba and used pioneering filmmaking techniques to bring the iconic characters alive on the big screen in a new way.

For Shah Rukh, The Lion King has always been special. "For one, it didn't have a human being in it, and it was a film that was based on the relationship of a father and a son. That was special."

"It's the kind of movie that you can watch with all your children, whatever age and stage they are at. Even without being an actor and just as an audience, the movie is a wholesome experience. It's a complete film," the actor said.

The film will release in India on July 19 in English, Hindi, Tamil and Telugu.