Selena Gomez Breaks Down at AMAs Says, 'I Was Absolutely Broken' 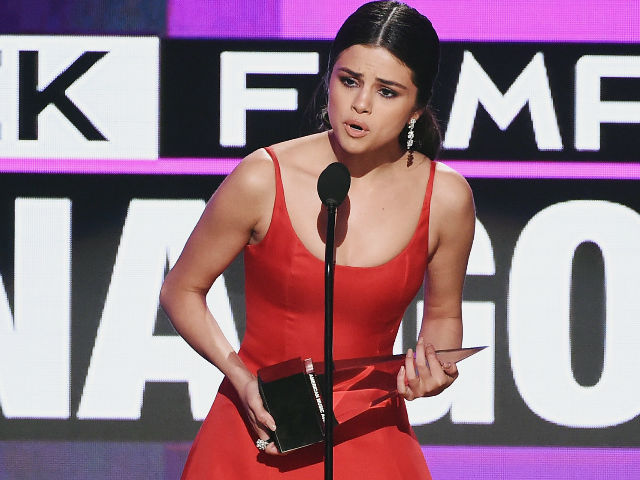 New Delhi: Singer Selena Gomez, who was reportedly struggling with Lupus-induced depression made a public appearance at the American Music Awards where she won the Favourite Pop/Rock Female Artist award for her performance on The Heart Wants What It Wants. In her acceptance speech Selena addressed her personal issues and thanked fans for supporting her at a time when she was "absolutely broken."

Selena said: "In 2014, this stage was actually the first time that I was authentically 100 per cent honest with you. I think it's safe to say that a lot of you know a lot of my life whether I liked it or not and I had to stop. Because I had everything and I was absolutely broken. And I kept it together and I swore I would never let you down, but I kept it too much together to where I let myself down. I'm not trying to get validation, nor do I need it anymore. If you are broken, you don't have to stay broken." She ended her speech by dedicating her victory and trophy to her fans.

Promoted
Listen to the latest songs, only on JioSaavn.com
Selena Gomez, 24, had reportedly checked in to a rehabilitation centre in Tennessee to deal with issues related to her battle with lupus. The Come and Get It singer was diagnosed with the autoimmune disease in 2014 and at that time Selena announced that would take an indefinite break from her world tour in order to focus on getting well. Ever since Selena maintained a low profile but in October, she was spotted greeting fans in Alcoa, Tennessee while dining at the Texas Roadhouse restaurant with her mother and stepfather.