Seen This Pic Of Salman Khan And Dharmendra Yet? 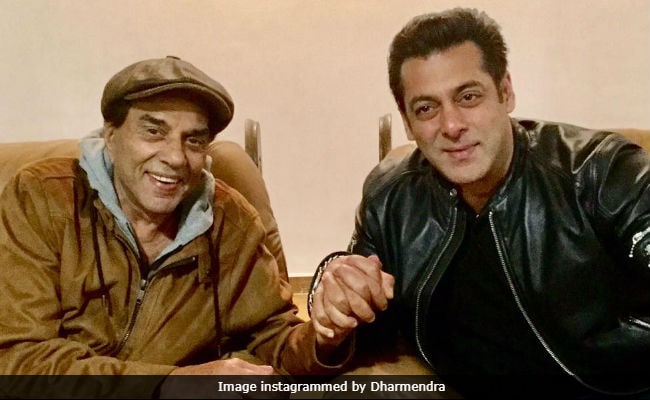 New Delhi: Salman Khan dropped in to visit Dharmendra at the latter's farm house and of course, the veteran actor was overwhelmed. Salman Khan and Dharmendra co-starred in 1998 film Pyaar Kiya To Darna Kya, which was directed by Salman Khan's brother Sohail Khan. "Deeply touched by your surprise visit to the farm today. You will always be a son to me, Salman," Dharmendra captioned the picture, in which he shares the frame with Salman Khan. The 52-year-old actor was recently in Panvel with family and friends to celebrate his birthday. Salman Khan appears to have made a trip to Lonavala, at Dharmendra's farmhouse after ending celebrations in Panvel.

Deeply touched by your surprise visit to the farm today... you will always be a son to me @beingsalmankhan

Of the aforementioned party in Panvel, where Salman Khan celebrated his birthday, his guests list included names of Tiger Zinda Hai team Katrina Kaif and director Ali Abbas Zafar, Sangeeta Bijlani and Iulia Vantur. Here are some pictures from the Panvel party. 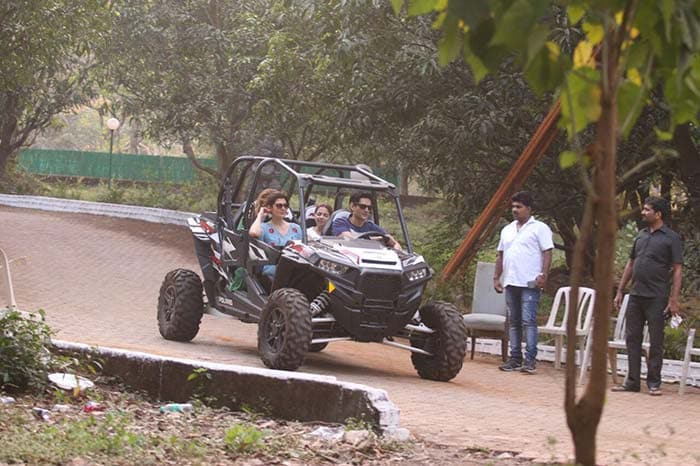 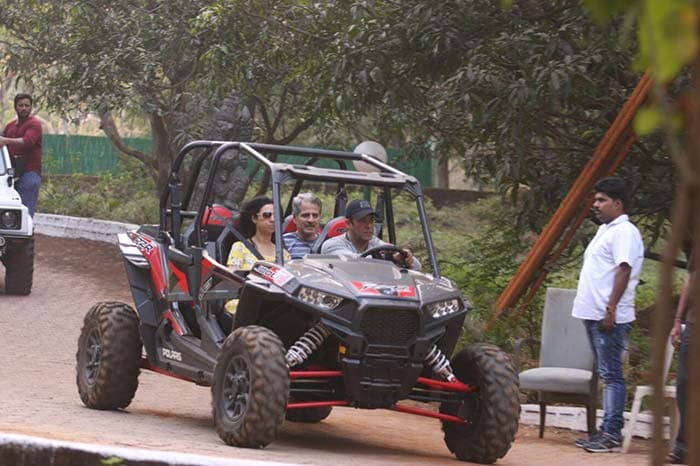 Promoted
Listen to the latest songs, only on JioSaavn.com
Salman Khan's latest film, Tiger Zinda Hai, has been a stupendous success at the ticket window. The film has crossed Rs 200 crore barrier and is now setting higher goals for upcoming films. As Salman Khan reaps the benefits of Tiger Zinda Hai, he will soon start filming Race 3, which will be directed by Remo D'Spouza and alos feature Jacqueline Fernandez, Pooja Hegde, Diasy Shah and Bobby Deol. The producers only retained Anil Kapoor from the previous Race films.

Salman Khan has also signed up for Bharat, which will be produced by his brother-in-law Atul Agnihotri. Bharat will be Salman's third collaboration with Ali Abbas Zafar after Sultan and Tiger Zinda Hai.