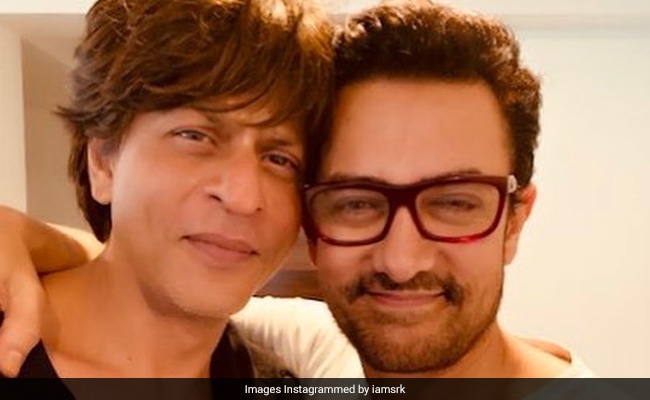 Yaar tum hi poori kahaani ho! All the best for the endeavour and hard work. https://t.co/OzKbq6QDnT

Needless to say that Red Chillies' tweet about the collaboration urged netizens to speculate about a possible SRK cameo in Laal Singh Chaddha:

Laal Singh Chaddha is the Hindi remake of Tom Hanks' Forrest Gump and will mark Aamir's first release after box office debacle Thugs Of Hindostan. Aamir Khan co-stars with Kareena Kapoor in the film. Laal Singh Chaddha will be helmed by Advait Chandan, who has directed Aamir in films such as Taare Zameen Par and Secret Superstar.