The video reminded us of the ending scene of the original film, which starred Tom Hanks in the titular role 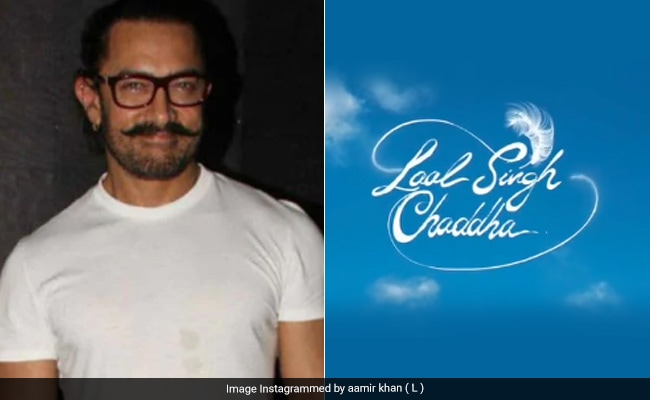 Aamir Khan shared an update about his much-awaited film Lal Singh Chaddha on Wednesday and the Internet can't get enough of it. The film, which is the Hindi remake of the 1994 Hollywood film Forrest Gump, also stars Kareena Kapoor in the lead role. In the video shared by Aamir, we can see a white feather blowing in the wind, which quickly reminded us of the ending scene of the original film, which starred Tom Hanks in the titular role. The clip ends with the name of the film and the release date flashing on the screen. Sharing the update on social media, Aamir Khan wrote: "Kya pata hum mein hai kahani, ya hai kahaani mein hum..." Lal Singh Chaddha is slated to release on Christmas next year (December 25).

On his birthday this year, Aamir Khan announced the film by revealing a few details about it. The actor, who will try to re-create the mesmerising story of Forrest Gump, went through a physical transformation for his role in the film. Earlier, in an interview with the news agency PTI, he revealed his plan to lose 20 kilos to prepare for the role. "I have to lose weight. I will be losing 20 kilos. I have to be lean and slim," he told PTI.

The original film - Forrest Gump - is an American comedy-drama based on the 1986 novel of the same name by Winston Groom. The story revolves around the life of Forrest Gump - the titular character with a golden heart- who witnesses several historical events of the United States in the 20th century. Forrest Gump was directed by Robert Zemeckis and also featured Robin Wright, Gary Sinise, Sally Field, Haley Joel Osment and Mykelti Williamson in the lead roles.

Coming back to Lal Singh Chaddha, directed by Advait Chandan and produced by Viacom18 Studios and Aamir Khan Productions, the film is written by Atul Kulkarni.