Neena Gupta is known for accompanying her posts with ROFL captions 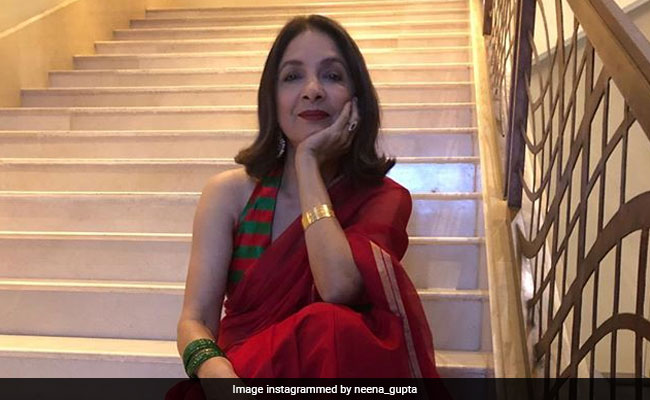 Neena Gupta, once again, found a spot on the list of trends on Tuesday. How, you ask? Well, the actress, who trended big time on social media a couple of days ago for her new 'haircut' pic, delighted her fans with a new picture of herself and it is going crazy viral on social media. In her latest Instagram post, Neena Gupta looks stunning a red saree. The actress, who can be seen sitting on stairs in the photograph, captioned her post like a pro. Neena, who is known for accompanying her posts with ROFL captions, wrote: "Intezar aur abhi." Take a look:

Now, to save you the trouble, we will also show you Neena Gupta's new haircut post, sharing which she hilariously requested Google to reduce her age. "Google walo ab toh meri umar kam karke likh do (Folks at Google, please reduce my age now)," she wrote.

Now, when we say that Neena Gupta shares her posts with hilarious captions, we also give you proofs. Take a look:

On the work front, Neena Gupta has featured in several films such as Gandhi (1982), Mirza Ghalib (1989), Mandi (1983), Rihaee (1988), Suraj Ka Satvan Ghoda (1992), Jaane Bhi Do Yaaro (1983). She was critically acclaimed for her performance in Ayushmann Khurrana's Badhaai Ho, in which she played the role of a middle-aged woman dealing with an unexpected pregnancy. Neena was last seen in Ashwiny Iyer Tiwari's Panga, which featured Kangana Ranaut in the lead role. She will soon feature in Ayushmann's Shubh Mangal Zyada Saavdhan and Ranveer Singh's '83.