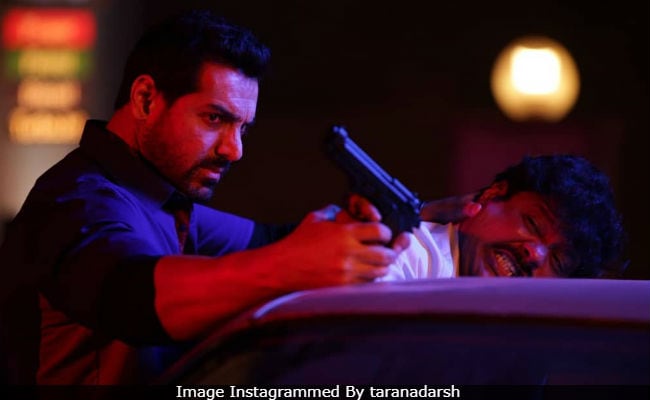 "Satyameva Jayate should go on to be the biggest solo grosser for John Abraham from here on and if it sustains it could do that in one week," a Box office India report stated.

In his review for NDTV, film critic Saibal Chatterjee gave the film 1 star out of 5. "Satyameva Jayate, truth be told, is a film that has no apparent reason to exist. Not a shred of it is original. At best, it makes a silly spectacle of beating a dead, decomposed horse. At worst, it is a product of a tendentious mind. Satyameva Jayate is nonsensical, with nary a nod to logic," he wrote.

Satyameva Jayate clashed at the box office with Akshay Kumar's Gold, which has earned over Rs 71 crore.