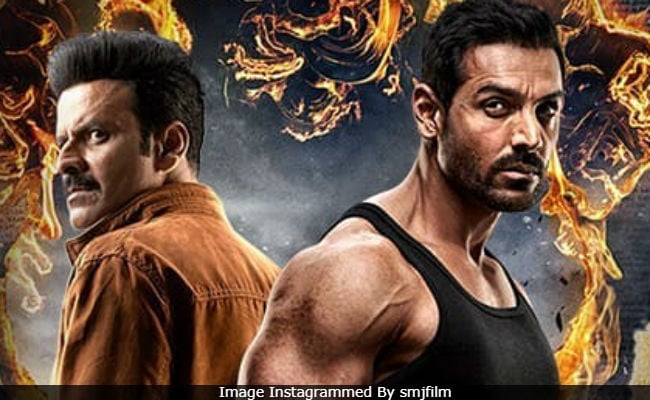 The BIG HOLIDAY [#IndependenceDay] results in BIG NUMBERS at the BO... Both, #Gold and #SatyamevaJayate have TERRIFIC Day 1... Both, Akshay and John record their HIGHEST *Day 1* biz... The *combined* total is approx 45 cr [+/-], which is HUMONGOUS... Yesss, BO is on

Though Satyameva Jayate got a good opening, it released to poor reviews. NDTV's film critic Saibal Chatterjee gave the film 1 star out of 5. "Satyameva Jayate, truth be told, is a film that has no apparent reason to exist. Not a shred of it is original. At best, it makes a silly spectacle of beating a dead, decomposed horse. At worst, it is a product of a tendentious mind. Satyameva Jayate is nonsensical, with nary a nod to logic," he wrote.