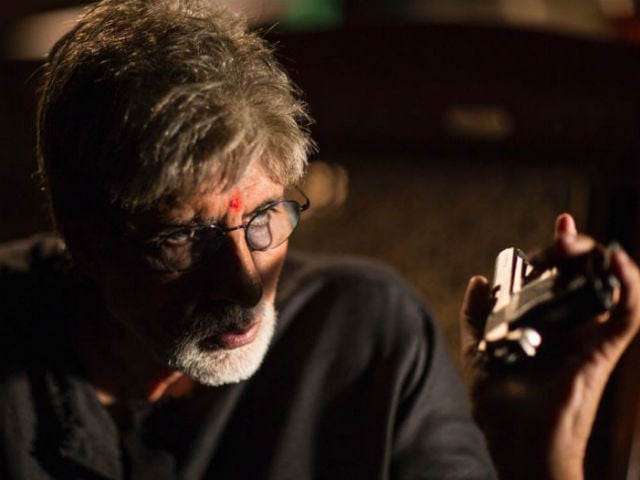 New Delhi: The Angry Young Man is 'angrier than ever,' just older and more lethal. Amitabh Bachchan returns as Subhash Nagre in the trailer of director Ram Gopal Varma's Sarkar 3, the third in his series of political thrillers anchored by Mr Bachchan. Subhash Nagre, the titular Sarkar, is introduced with these words: "A wounded lion is the most dangerous." Both his sons - Shankar and Vishnu - have died and Shankar himself is bloody but unbowed. He stalks the the dimly-lit, cavernous rooms of his mansion, a portrait of fallen son Shankar - played in the previous films by Mr Bachchan's own son Abhishek - hanging on the wall. "Dard ki keemat chukani parti hain," he growls.

A cast of new characters are revealed - Amit Sadh plays Sarkar's grandson Shivaji, described as the 'upstart'; Manoj Bajpayee is the 'rebel,' Govind Deshpande; Yami Gautam plays the 'betrayer,' name of Anu; and Jackie Shroff is pitted against Sarkar as Vallya. "Mat maro," pleads actress Supriya Pathak in one scene. Ronit Roy plays Sarkar's henchman. There are gunshots, there is tension, there is intensity, there are the obligatory scenes of Ganesh Chaturthi.

Promoted
Listen to the latest songs, only on JioSaavn.com
Watch the trailer of Sarkar 3 here:

Amitabh Bachchan in and as SARKAR in SARKAR 3 Trailer.... May the POWER be with you... https://t.co/ZuUM8b0lJa

Taglined Sarkar Rises Again, the film follows 2005's Sarkar and 2008's Sarkar Raj. Amitabh Bachchan headlined both and has previously also been directed by Ram Gopal Varma in Nishabd and the ill-fated remake of Sholay, titled Ram Gopal Varma Ki Aag. Sarkar 3, which will release on April 7, is Amitabh Bachchan's only film scheduled for this year. He is also working on Thugs Of Hindostan with Aamir Khan.