Sarileru Neekevvaru title song is a tribute to the Indian Army 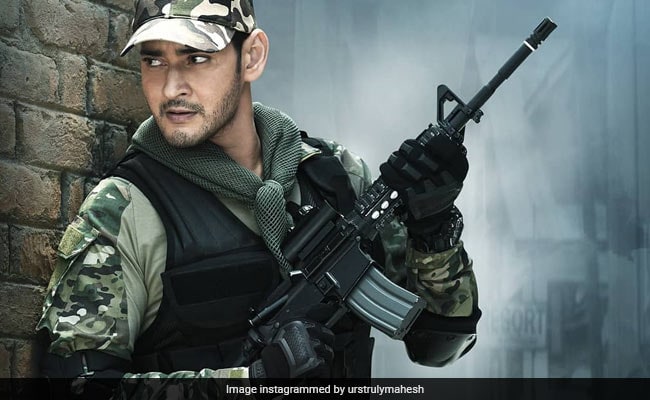 Mahesh Babu released the first song from his forthcoming film Sarileru Neekevvaru on Thursday morning and it perfectly encapsulates the essence of Independence Day. The two-and-a-half minute video, which occupied a top spot on the list of trends on Twitter, features Mahesh Babu as an officer of the Indian Army. The song, which has over 4 lakh views on YouTube as of now, pays tribute to the Indian army. Announcing the song's release, film's lead actor Mahesh Babu shared a still from the song on his Instagram and he wrote: "Happy Independence Day... Jai Hind."

Ahead of the song's release, the Maharshi actor wrote: "To all the martyrs who laid down their lives to serve our nation. To every soldier who stands brave, tall and fearless in front of enemy lines. Let's salute each one of them today and every day. Value your freedom... Jai Hind."

To all the martyrs who laid down their lives to serve our nation. To every soldier who stands brave, tall and fearless in front of enemy lines...Let's salute each one of them today and everyday! Value your freedom... Jai Hind #ProudIndian #IndependenceDay #SarileruNeekevvaru#SarileruTitleSong Link in bio & story

Sarileru Neekevvaru is high-octane Telugu action film which has been directed by Anil Ravipudi. It has jointly been produced by AK Entertainments, GMB Entertainments and Sri Venkateswara Creations. Besides Mahesh Babu, the film also features Vijayashanti, Rashmika Mandanna, Prakash Raj, Ramya Krishna and Rajendra Prasad in pivotal roles. The film is scheduled to hit the screens in January next year.

On the professional front, Mahesh Babu was last seen in Vamshi Paidipally's action drama Maharshi, co-starring Pooja Hegde and Allari Naresh The film released in May this year and it emerged as a hit at the box office.