Sarika is 'Proud' of Her Daughters Shruti and Akshara 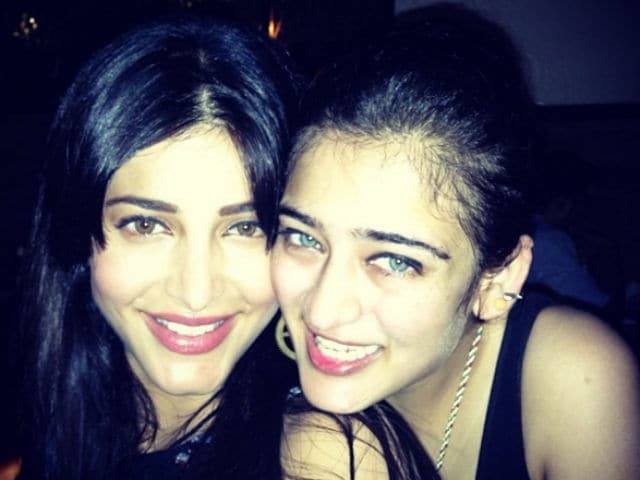 This image was posted on Instagram by Akshara Haasan.

Mumbai: Actress Sarika is proud of her daughters Shruti and Akshara.

"I am not strict with my daughters. Shruti and Akshara are responsible girls. I am proud to see them doing so well for themselves. They have started their careers with some real good people and are ahead of what I was at their age in my time," Sarika told PTI.

"There is no reason for me to be strict with them. I am always willing to guide them when they need me," she added.

Shruti featured in her father Kamal Haasan's film Hey Ram before making her debut in Bollywood with 2009's Luck. She has featured in several Tamil, Telugu and Hindi films. (Also Read: http://movies.ndtv.com/regional/shruti-haasan-is-very-protective-of-sister-akshara-1223730)

Akshara, on the other hand, worked as an assistant director before making her debut in Amitabh Bachchan's Shamitabh.

"There aren't any worries as an actor. After all this experience, one does have an idea of what's meant to be done. I have played various roles and I am open to opportunities that have come my way. For me, the script has to be good and the director is important as well," added Sarika.