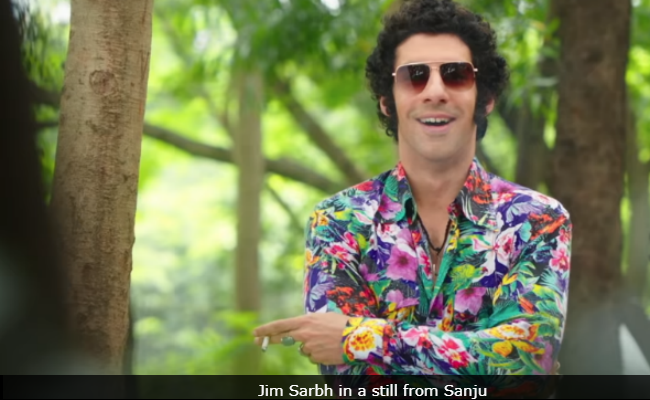 Jim Sarbh in a still from Sanju. (Image courtesy: YouTube)

Actor Jim Sarbh, who is best-known for his strong portrayal of negative characters on screen, recently said in a statement that he is "sick of playing villains" and that he wishes to stay away from doing negative roles for a while, reports mid-day. During a recent interview, Jim said, "I am sick of playing villains. I am not going to play a villain for a while. It's not because I don't like that kind of acting or don't want to do it, but because I want to try other things now. One must say no to some opportunities to open the possibilities of others. Else, I will only remain a bad guy," stated mid-day. Jim made his Bollywood debut with the 2016 film Neerja, co-starring Sonam Kapoor, in which he played the role of a terrorist and this year, he featured as a drug peddler in Sanjay Dutt's biopic Sanju. Jim garnered massive appreciation for his performances in both the films.

The "Padmaavat" actor, who has featured in many successful theatre productions such as What's Done is Done and Kalki Koechlin's Living Room, recalled his theatre days during the interview and added, "As you know, before entering the glamorous world of Bollywood, I was into theatre where I played varied roles, from a lover boy to a servant. I've been doing plays ever since school. There's never really been a stop to it."

Jim trended a great deal in May, after Kangana Ranaut shared a video, in which he was seen making a joke on rape (with Kangana laughing in audience). After the backlash on social media, Jim defended himself and said that the viral clip was taken "out of context" and the said joke is a part of a "play which is a dark satire." He later released a statement, which read: "It is unfortunate that my comments were taken out of context. I do not now nor have I ever condoned any form of sexual violence."

Jim Sarbh has featured in films such as Raabta, A Death in the Gunj, Sanjay Leela Bhansali's "Padmaavat," in which he featured as Malik Kafur (a prominent slave-general of Alauddin Khilji). Jim Sarbh was last seen in Rajkumar Hirani's Sanju. He will next be next seen in Housefull 4.