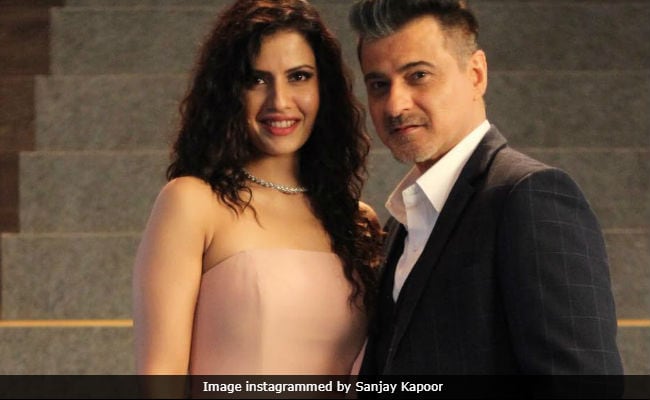 New Delhi: Actor Sanjay Kapoor is all set to return to the small screen in new television show Dil Sambhal Jaa Zara, the promo of which have gone crazy viral. Sanjay Kapoor's wife Maheep shared the promo on Instagram and captioned it: "#WaitingForThis #HusbandOnTV whhhhooooot." Apart from Maheep, Shweta Bachchan Nanda, who is currently on vacation with her family in Maldives, is excited to watch Sanjay Kapoor's new show. "Fantastic Maheep. All the best Sanjay Kapoor," she wrote in the comments section. Shweta is reportedly in Maldives where the Bachchans are celebrating Amitabh Bachchan's 75th birthday. Dil Sambhal Jaa Zara appears to be a love story of a couple with a significant age difference. Take a look at the promo here:

This was Shweta Bachchan Nanda's comment, to which Maheep replied with a kiss emoticon:

On the big screen, Sanjay Kapoor was last seen in Mubarakan, which featured his nephew Arjun Kapoor in the lead role while Sanjay's brother Anil Kapoor also had a pivotal role. Before Mubarakan, Sanjay Kapoor featured in Shahid Kapoor and Alia Bhatt's Shaandaar. He is currently filming Hera Pheri 3, which he is also producing.

Promoted
Listen to the latest songs, only on JioSaavn.com
On the small screen, Sanjay Kapoor featured in television show Karishma - The Miracles of Destiny, co-starring Karisma Kapoor, Arbaaz Khan, Jugal Hansraj and Arshad Warsi. The show aired from 2003 to 2004. Dil Sambhal Jaa Zara is Sanjay Kapoor's second inning on the small screen.

In the show, Sanjay Kapoor is cast opposite television actress Smriti Kalra, who has featured in shows such as 12/24 Karol Bagh and Suvreen Guggal - Topper of The Year.