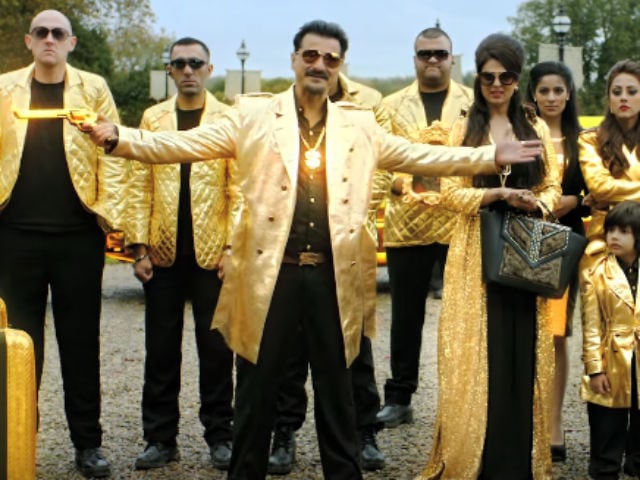 Sanjay Kapoor in a still from Shaandaar.

New Delhi: Actor-producer Sanjay Kapoor said that Vikas Bahl is one of the best directors in the country.

Sanjay will be soon seen in Vikas' film Shaandaar. The actor said that one of the main reasons for him to do the film was the director.

"When I was shooting during the wrap-up of Tevar, which I was producing, I got a call from Vikas. It's great to shoot with him because of his knowledge of today's cinema. He's one of the top directors of the country," Sanjay told IANS.

"He has got a lot of sensibility of cinema and it was a pleasure shooting with him," added Sanjay.

Sanjay, who plays a Sindhi business tycoon in the film, was tutored by director Tarun Mansukhani in the dialect and the nuances of the language.

"Yes. Tarun tutored me for the dialect because he's a proper Sindhi. Vikas and I met him for two to three days, where we sat with him and then he spoke the dialogues in Sindhi style. But we have not made the character totally Sindhi," he added.

"Everyone knows about Pankaj and Shahid. How talented they are. But who really surprised me was Sanah in spite of Shaandaar being her first film. I think the most difficult part for an actor is to perform in front of the family. Acting itself is a tough job, but she surprised me. She was really very good," said Sanjay.

Shaandaar will release on October 22.