Sanjay Dutt Quits Total Dhamaal Because It's An Adult Comedy

Sanjay Dutt has quit Total Dhamaal, the third in director Indra Kumar's Dhamaal franchise, because of both scheduling conflict and the film's adult content 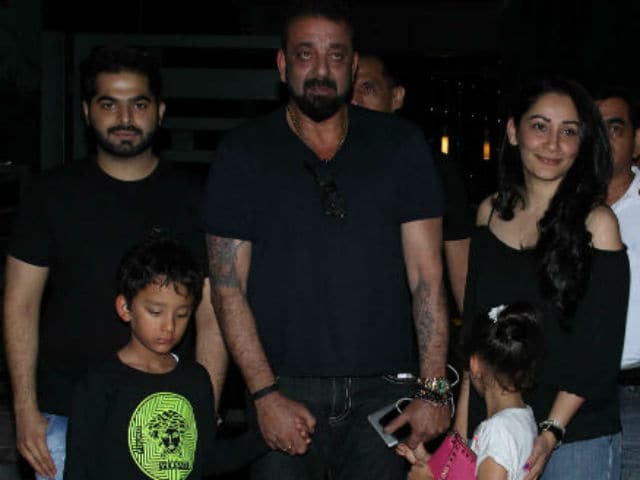 New Delhi: Sanjay Dutt, who has wrapped the schedule of his comeback film Bhoomi, has also been in the news for the other films in his line-up - the third Saheb Bibi Aur Gangster film and Torbaaz. Today, he's making headlines for a project he's exited. Sanjay Dutt, 57, has quit Total Dhamaal, the third in director Indra Kumar's Dhamaal franchise, because of both scheduling conflict and the film's adult content. The dates for Total Dhamaal coincide with Mr Dutt's commitments to other projects - the actor is reportedly booked till the end of 2018. A source also told NDTV, "Sanjay Dutt, who is leaving no stone unturned to make up for all the lost time with his kids, doesn't want them to see him in an adult comedy film." The actor has three children, two of them very young - daughter Trishala is 28 and twins Iqra and Shahraan are 6.

Directed by Indra Kumar and produced by Ashok Thakeria, the first instalment of the Dhamaal franchise released in 2007 with Riteish Deshmukh, Arshad Warsi, Jaaved Jaffrey and Ashish Chowdhry. Its sequel, titled Double Dhamaal, released in 2011.

Promoted
Listen to the latest songs, only on JioSaavn.com
After Sanjay Dutt's exit from Total Dhamaal, there are reports of co-star Riteish Deshmukh also pulling out of the project.

Sanjay Dutt, star of films such as Khalnayak, Vaastav and the Munna Bhai series, stars in Bhoomi with actress Aditi Rao Hydari, who plays his daughter. The film is directed by Omung Kumar and is waiting for a release date.