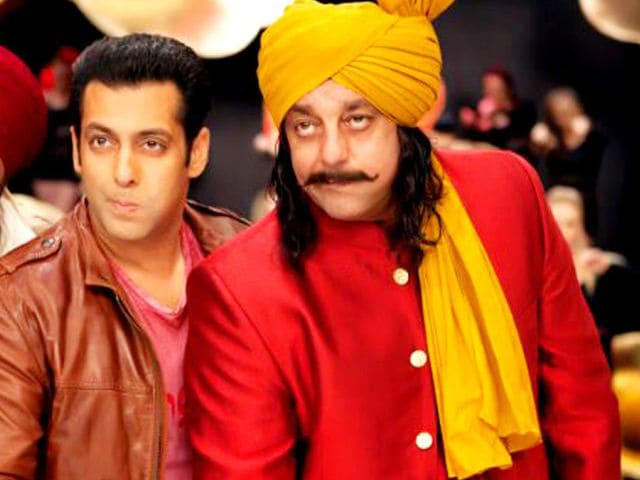 Salman Khan and Sanjay Dutt in Son Of Sardaar

New Delhi: Actor Sanjay Dutt refuted claims that all's not well between him and superstar Salman Khan. Sanjay Dutt, who has worked with Salman Khan in films like Saajan and Chal Mere Bhai, was asked to describe the Dabangg star in one word and the Munna Bhai actor picked 'arrogant." Defending his choice of word, Sanjay Dutt told media at an interaction that there's "nothing wrong in being arrogant." News agency PTI quotes Sanjay Dutt as saying: "There's no problem between me and Salman. And there's nothing wrong in being arrogant. Arrogant is not a bad word. It's just an expression. I can be arrogant. But I can be a lovable arrogant."

Sanjay Dutt recently completed his five-year prison term in connection with the 1993 Mumbai blast case and ever since he was released from the Yerwada prison rumours has it that Salman Khan, 51 and Sanjay Dutt, 57, have not been on speaking terms. Last year Sanjay Dutt denied the rumours and told Mumbai Mirror: "What jhagda? I went to his Ganpati celebrations when I was out on furlough and no one wrote about it. But he didn't visit me after I returned and that was news. He's a busy actor, he was shooting far away, he can't be sitting at my house 24x7 but he's still my younger brother."

Promoted
Listen to the latest songs, only on JioSaavn.com
Sanjay Dutt was last seen in 2014 film PK which released while the actor was still in prison. As of now, Sanjay Dutt is filming Bhoomi, directed by Omung Kumar, who also helmed National Award-winning film Mary Kom. He has also signed up for a film with Siddharth Anand and the third instalment of Munna Bhai series.