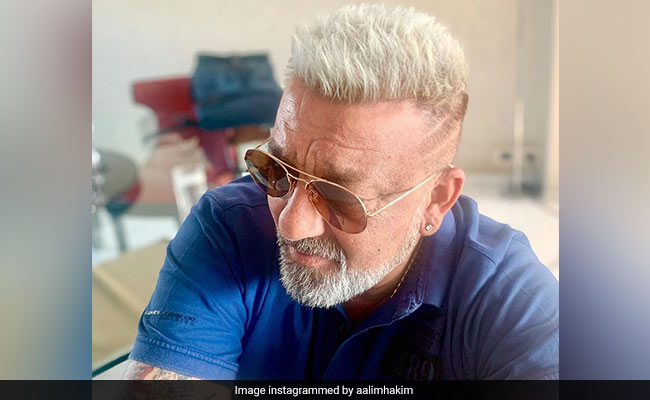 Sanjay Dutt recently occupied a spot on the list of trends after celebrity hairstylist Aalim Hakim shared a set of pictures of the actor on social media a few days ago. In the pictures, the actor can be seen in an all-new look. He can be seen sporting platinum blonde hair. Sharing the picture on Instagram, the hairstylist wrote: "Dutt's the way...Ahaa-ahaa. The rockstar Sanjay Dutt with his new platinum blonde hair." Earlier, a video of Sanjay Dutt at a salon trended big time, where he said, "Hi, this is Sanjay Dutt. Good to be back in the salon. Got a haircut. If you see this, this is a recent scar in my life, but I will beat it. I will be out of this cancer soon."

On his kids' birthday last month, Sanjay Dutt shared the news of his recovery on social media. "Last few weeks were very difficult time for my family. But like they say, God gives the hardest battles to his bravest soldiers and today, on the occasion of my kids' birthday, I am happy to come out victorious of the battle and be able to give them the best gift I can - the health and well-being of our family," read an excerpt from his statement.

My heart is filled with gratitude as I share this news with all of you today. Thank you

In August, Sanjay Dutt announced that he is taking a break from work because of his health issues. On August 18, the actor told the paparazzi outside his home: "Pray for me," as he left for the hospital. After his announcement, Sanjay Dutt was spotted visiting Mumbai's Kokilaben Hospital a few times, where he was undergoing treatment.