Here's how the 55-year-old actor captioned the video, which is set to the theme music of Tiger Zinda Hai: "I think this guy is training for Tiger 3." 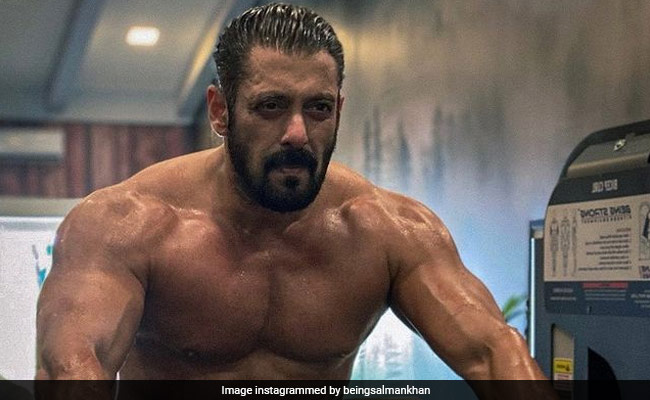 Who's that guy working on his muscles in the gym? Ah well, that's none other than Salman Khan. Not that Salman Khan needs to prep his physique for an action thriller but special films deserve special training. The movie in concern is the much talked about Tiger 3, which is a sequel to 2017 movie Tiger Zinda Hai. On Tuesday night, Salman Khan decided to hit the gym and share a snippet of his work out session on Instagram. In the video, Salman can be seen working on his biceps and oh boy, his prep for Tiger 3 looks way too intense. The video features Salman as a reflection on a mirrored surface, which does not exactly reveal his identity. But it's hard to mistake those biceps for anyone else's, no?

Here's how the 55-year-old actor captioned the video, which is set to the theme music of Tiger Zinda Hai: "I think this guy is training for Tiger 3."

However, looks like Salman Khan is not the only cast member of Tiger 3, who is prepping for the film. Earlier this month, a photo of actor Emraan Hashmi from the gym went crazy viral on the Internet - netizens couldn't stop talking about Emraan Hasmi's transformation photo. "Only just the beginning," he had written, hinting at a new look for Tiger 3. In the Tiger Zinda Hai sequel Emraan Hashmi will play the role of the antagonist.

As the name suggests, Tiger 3 will be the third instalment in Kabir Khan's series of Tiger films, which started with Ek Tha Tiger in 2012. Salman Khan will reprise his role as special agent Avinash Singh Rathore while Katrina Kaif will be seen again as Zoya Humaini. Tentatively titled Tiger 3, the film is expected to release sometime next year.