"Your picture editing makes me want to kill myself," Aaliyah wrote in comments section of Nirvan's picture 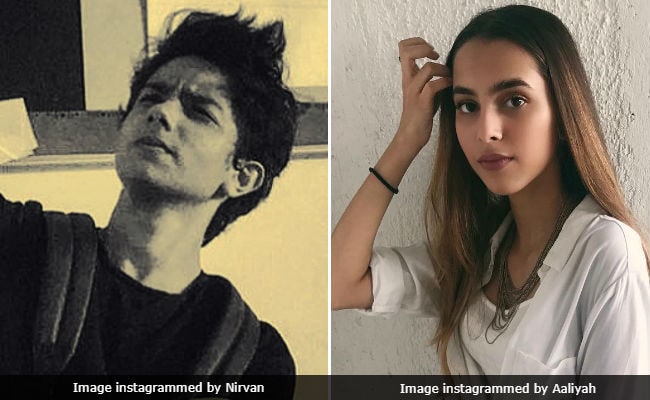 New Delhi: Sohail Khan's son Nirvan's photo-editing skills caught the attention of filmmaker Anurag Kashyap's daughter Aaliyah, who had something to write about a picture Nirvan recently shared on Instagram. Anurag Kashyap's teenager has two unverified Instagram accounts one of which is private while the other is available for public viewing (much like Mira Rajput, who recently started a public account on the photo-sharing app while retaining her previous private account). In this case, Aaliyah used her private account to comment to Nirvan's picture: "Your picture editing makes me want to kill myself." Nirvan's very gentleman-like reply was: "Next time you edit it for me Aaliyah Kashyap."

Though Nirvan thinks Aaliyah can do a better job of editing pictures, Aaliyah's comment can mean either she's impressed or, like Nirvan has deduced, unimpressed.]

Since we can access Aaliyah's public Instagram account (which Anurag Kashyap has tagged in many of his pictures), here's a sample of Aaliyah's picture editing skills - she is, after all, the daughter of a critically acclaimed filmmaker, who has made movies such as the Gangs of Wasseypur series, Gulaal and Raman Raghav 2.0.

Promoted
Listen to the latest songs, only on JioSaavn.com
Nirvan is the elder son of Sohail and Seema Khan. His younger brother is Yohaan. From the few pictures that Nirvan shared on Instagram, we know that he also hangs out with Saif Ali Khan's son Ibrahim Ali Khan. Here are some other pictures of Nirvan and his friends: