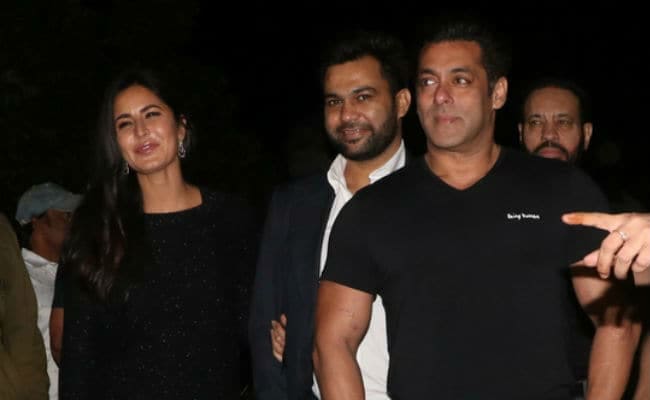 A picture from Salman Khan's birthday party from last year held in Panvel.

2018 has been a year of grand Bollywood parties, courtesy of back-to-back (almost) celebrity weddings. And an upcoming grand bash will be soon hosted by Salman Khan but... wait-for-it... to celebrate his birthday. As per a DNA report, Salman Khan and his guests will move to his Panvel farmhouse a day before his 53rd birthday to start the celebrations. Of course, the Khandaan will have their work diaries cleared to ring in the Dabangg star's birthday on December 27. According to DNA's source, the party will be spread over two days. Salman Khan had celebrated his previous few birthdays in Panvel, which is about 35 km from Mumbai.

Career-wise, the year wasn't all that great for Salman Khan as his big Eid release Race 3 (also his only film this year) failed to impress the film critics like his previous project Tiger Zinda Hai (2017). Salman Khan also has a cameo in tomorrow's big release Zero, which stars his colleague Shah Rukh Khan in the lead role along with Anushka Sharma and Katrina Kaif.

Salman Khan's upcoming projects appear to be quite promising. First up is Bharat which reunites Salman with his Sultan and Tiger Zinda Hai director Ali Abbas Zafar. Bharat is a remake of Korean war drama Ode To My Father and it also stars Katrina Kaif, Disha Patani and Tabu.

Salman Khan has also announced the making of Dabangg 3, which has proved to be an immensely profitable film series for the actor. Dabangg 3 will be directed by his brother Arbaaz Khan.