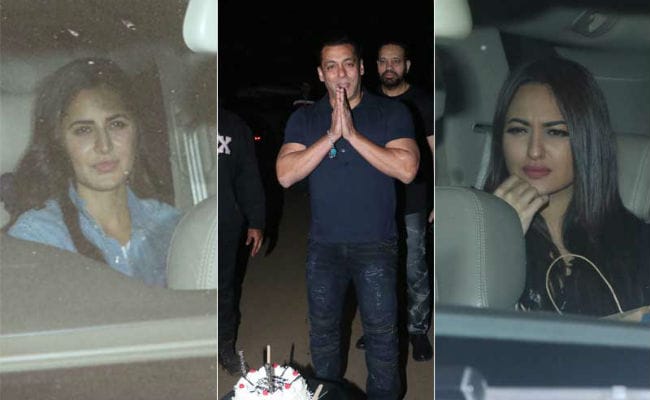 Salman Khan partied with his family and colleagues like Katrina Kaif, Jacqueline Fernandez, Sonakshi Sinha, Mouni Roy, Kriti Sanon, Warina Hussain, Anil Kapoor, Dia Mirza, Bobby and Tania Deol, Sanjay Leela Bhansali and many others at his farmhouse in Panvel on the eve of his 53rd birthday. A string of celebrities attended the party and were pictured arriving at the venue. Salman looked dapper in a blue tee and jeans and came out to meet the media and also cut his birthday cake. Apart from these celebrities, actors like Zaheer Iqbal, Vatsal Sheth and Ishita Dutta, Anup Soni and Juhi Babbar were also there. We also spotted Salman's sister Arpita Khan Sharma, her husband Aayush Sharma and son Ahil, brother Sohail Khan, nephews Nirvaan, Arhaan and others at the party. Arbaaz Khan came with rumoured girlfriend Giorgia Andriani. 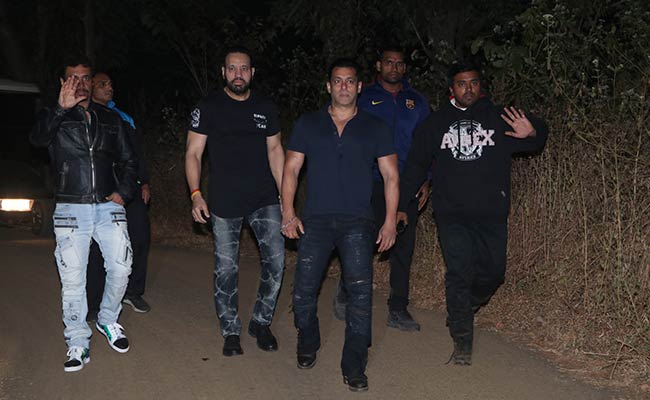 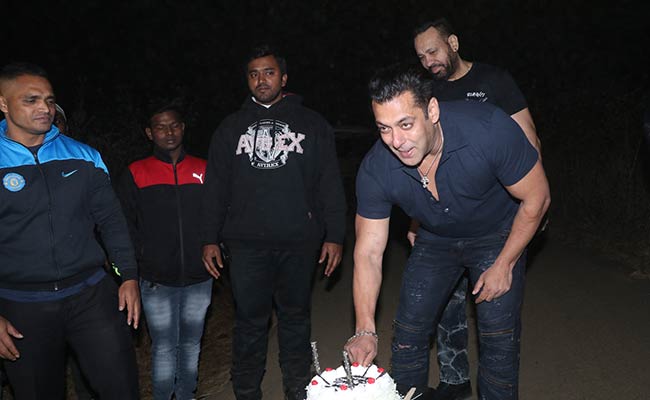 Here are the pictures of the guests arriving at the party. 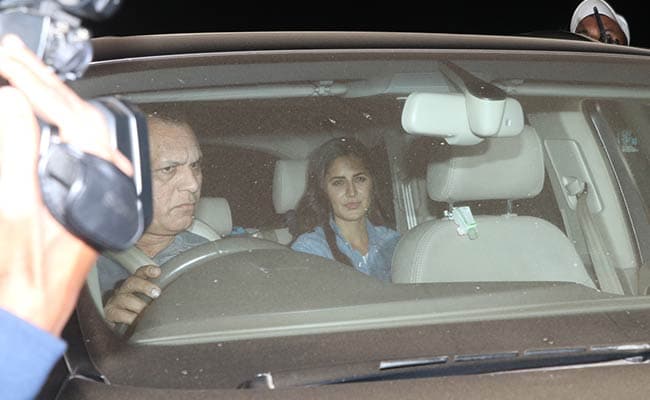 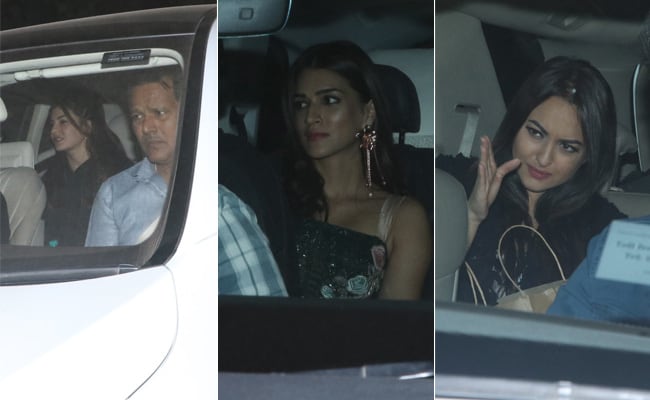 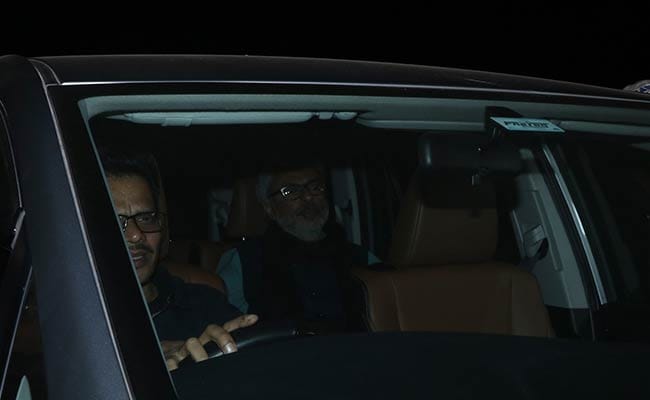 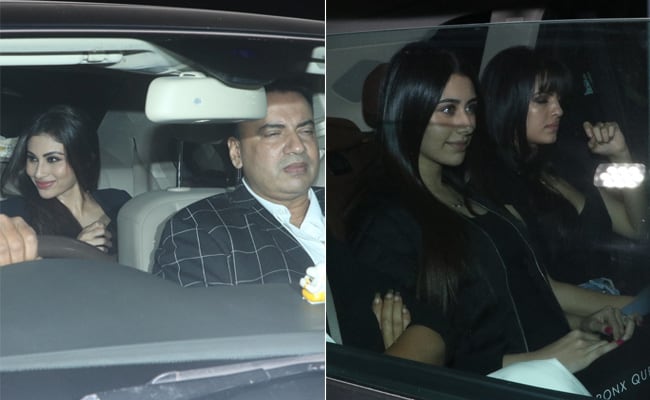 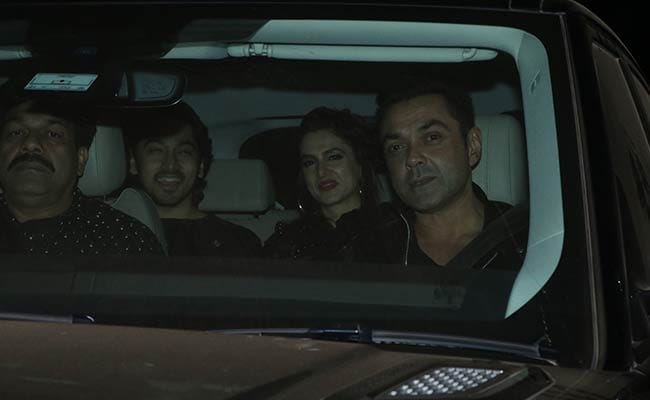 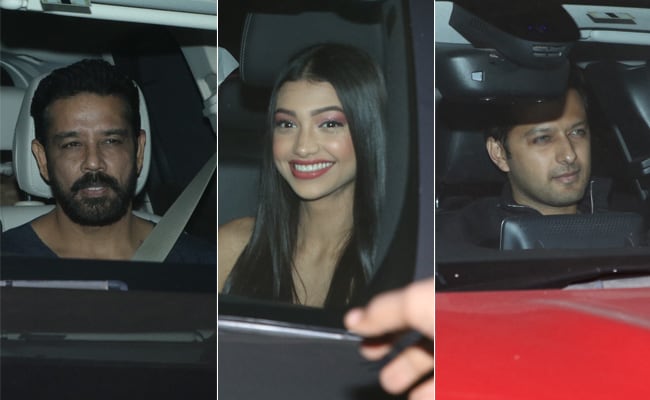 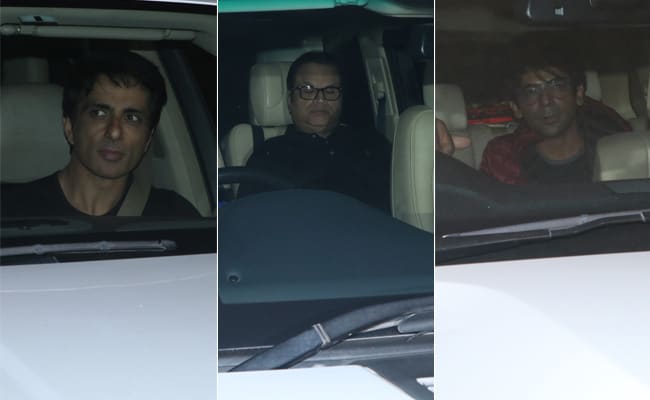 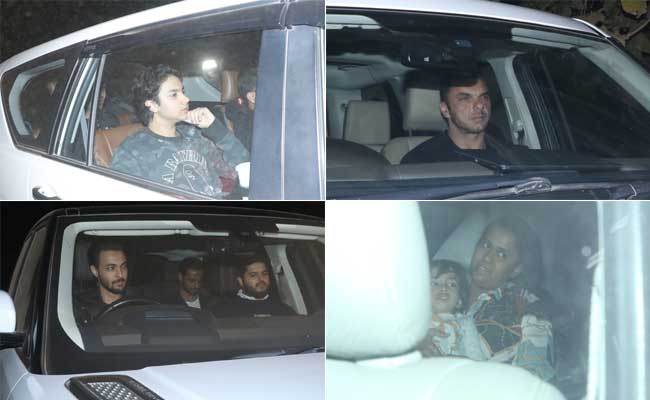 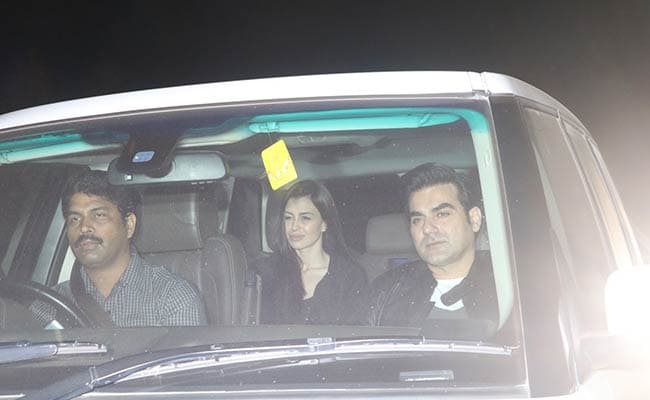 On Instagram, Mouni Roy shared a picture with Salman to wish him on his special day. "He is rid of thoughts & words of other people, has his own voice, his own language. Happy happiest birthday Salman Khan, I'm a fangirl for life. Wish you all the happiness and love you bring into everybody's lives. Also, laughter and food were the main ingredients of the evening amongst lots of dancing," read her post.

He s rid of thoughts & words of other people , has his own voice ; his own language. Happy happiest birthday @beingsalmankhan ; am a fangirl for life ! Wish you all the happiness & love you bring into everybody's lives Also , laughter & food were the main ingredients of the evening amongst lots of dancing

"Whenever life gives us a chance to sit it out or dance...WE DANCE" The journey from falling in love with #Prem on screen in Maine Pyar kiya #1989 to sharing the screen with him in Maine Pyaar Kyun Kiya #2005 what a destined journey indeed!!! Happy Birthday to a man who never stopped celebrating 'Being Human' Have a blessed year @beingsalmankhan Know that I will ALWAYS love you!!! #friendforlife #happybirthday #duggadugga mmuuuaaah!!!

Salman Khan has been hosting his birthday party in Panvel for several years now for his family and close friends.

On the work front, he is busy with the work-in-progress film Bharat, co-starring Katrina Kaif. Bigg Boss 12, the reality show which he hosts, ends on December 30.