Salman Khan Will be in Varun Dhawan's Judwaa 2. Yay 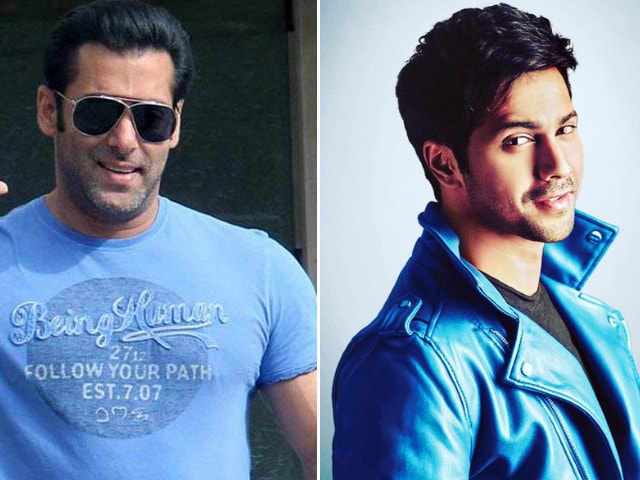 Varun, who will fill in Salman's shoes for the sequel of cult laugh riot Judwaa, will be directed by his father David Dhawan but that's not what got us excited today. There is going to be a Salman-special cameo in the film, reported Mumbai Mirror. Salman will feature as 'godfather gunda' to the judwaa Varun brothers.

Judwaa 2 will be shot in scenic beach-locales along the Mediterranean, will incorporate tapori-style dialogues and will also have a remixed version of the song Tan Tan Taara. A source close to the film's unit told Mumbai Mirror: "It's a commercial film being planned on a grand scale with beach locations in the Mediterranean. The script is generously peppered with tapori slang and a remix of the chartbuster Tan Tana Tan Tan Tan Tara from the original is in the works. The icing on the cake is that a special appearance is being written for bhaijaan. Salman has already agreed to step in as a 'godfather-gunda' to Varun's twins."

Salman Khan, now 50 and soon to be 51, starred as estranged brothers Raja and Prem Malhotra in the first film, co-starring Karisma Kapoor and Rambha. Judwaa was also directed by Mr Dhawan.

Asked about working with his father again, Varun told Mumbai Mirror: "It's a special film because in a career spanning over 50 films, my dad has explored every aspect of comedy, ranging from Shola Aur Shabnam, Aankhen and Raja Babu to Partner and our first film together, Main Tera Hero. Now, I want him to make a film from his heart. He has nothing to prove to anyone anymore."

Varun dismissed several rumours regarding the casting of Judwaa 2 earlier in October saying: "We have not cast the actresses in Judwaa 2. Sorry I had to stop your casting party. Will announce the names soon."

Promoted
Listen to the latest songs, only on JioSaavn.com
Varun also shared the first look at the beginning of the year: