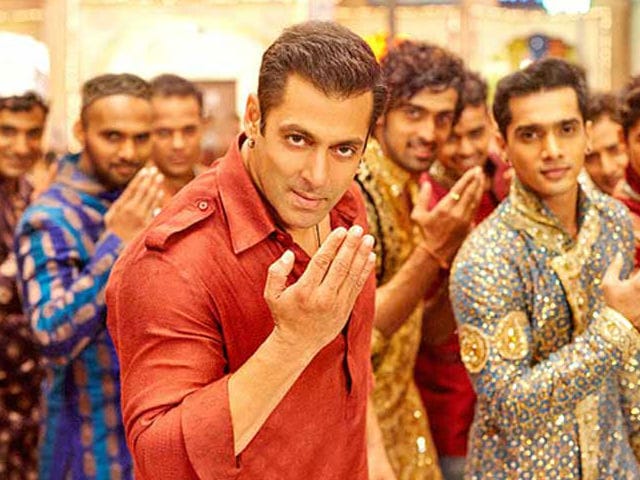 New Delhi: The best place to keep up with the Khans nowadays is Twitter. Salman Khan tweet-thanked Shah Rukh and Aamir for revealing the semi-first look of his new film Bajrangi Bhaijaan (on Twitter of course) on Tuesday.

Salman tweeted, missing out an H and an A from his fellow Khans' names:

SRK and Aamir posted photos of Salman's chin on Twitter as a prelude to the rest of his face in the much anticipated first look of his upcoming film. SRK, with who Salman renewed a suspended friendship only six months ago, added a brotherly note in his tweet:

I believe Being a brother is bigger than being a Hero. 'Bhaijaan' coming Eid 2015. How do u like the first look? pic.twitter.com/r1OZYLCVhX

Salman, Shah Rukh and Aamir - 49, 49 and 50 respectively -form a trinity that have ruled Bollywood and its box office for about three decades now. Salman and SRK have co-starred in films like Karan Arjun, Salman and Aamir in the cult comedy Andaz Apna Apna.

Both SRK and Aamir visited their colleague some weeks ago when he was convicted of a hit-and-run dating from 2002 and sent to five years in jail, a sentence later suspended by the Bombay High Court. Bajrangi Bhaijaan, directed by Kabir Khan and co-starring Kareena Kapoor, is believed to be an inter-faith love story and will release on Eid this July, also the month when the High Court will begin hearing Salman's appeal.

Inside Shilpa Shetty's Easter Sunday: Sugar, Spice And Everything Nice