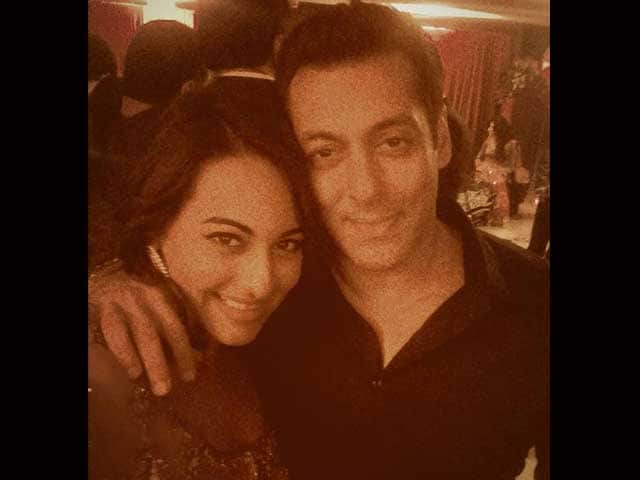 Salman's tweets include subjects like his films, family and Being Human

Salman thanked his brother Arbaaz, who is believed to be the reason the actor joined Twitter:

Salman, who made his debut as leading man in Maine Pyar Kiya and has recently starred in blockbusters such as Dabangg, Kick, Bodyguard and Ek Tha Tiger, has been on Twitter since 2010. He joined in April, just a few months before the release of the blockbuster Dabangg. Since then, he's gathered 11.4 million followers and has put out 41,500 tweets.

In his Twitter profile, Salman describes himself as 'Film actor, artist, painter, humanitarian.'.

Promoted
Listen to the latest songs, only on JioSaavn.com
The many subjects the actor addresses on Twitter include his films, family and Being Human. He also notably sent out a series of tweets in 2012 asking Pakistan to free Sarabjit Singh, an Indian on death row across the border. A year later, a grieving Salman tweeted again when Sarabjit died after being attacked by two fellow prisoners in the Lahore jail he had spent over 20 years in.

Hollywood se bollywood naam nikla, this is nt the name of our industry. Don't kno whr this ridiculous name has cm frm n got stuck .

He also shouts out to some colleagues:

And takes gentle digs at others:

wah ! Wah! Sonakshi devi WAH ! Thank u frm all our side for itna saara info .

Come on Zinta. Me watching u Zinta. pic.twitter.com/hOMCrZZowG

He also leans heavily towards stream of consciousness tweeting at times:

Bend It Like... Guess The Actress Doing Aerial Yoga In This Pic