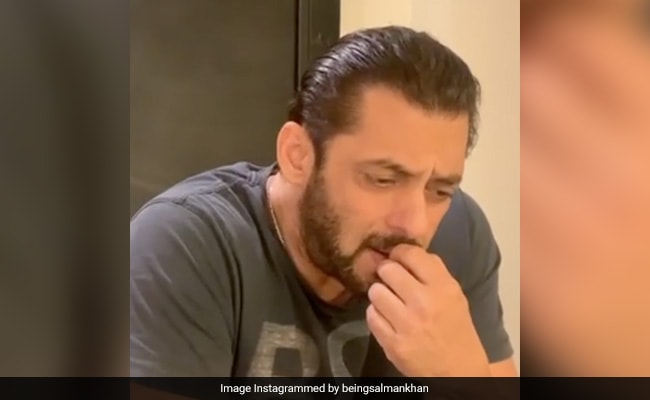 On Saturday, actor Salman Khan sang Lag Jaa Gale, an emotional musical tribute to the late legendary singer Lata Mangeshkar on his Instagram handle. In the video, Salman Khan can be seen wearing a t-shirt and singing to Lataji's one of the most memorable songs. Sharing the post, Salman wrote: "Never has been, never will be any1 like u Lataji." Lata Mangeshkar died on February 6, 2022 in Mumbai's Breach Candy hospital after being diagnosed with COVID-19 and pneumonia. Lata Mangeshkar was cremated at Shivaji Park on February 6, 2022 in Mumbai with full state honours.

Lata Mangeshkar, known as the 'Nightingale of India,' had sung in Hindi, Marathi, Bengali and other regional languages. She was honoured with the Bharat Ratna, Padma Vibhushan, Padma Bhushan and Dadasaheb Phalke Award as well as several National and Filmfare Awards.

On the work front, Salman Khan is busy shooting for Tiger 3 with Katrina Kaif. The film will also have a cameo from Shah Rukh Khan and Emraan Hashmi will play the villain. Salman also has a cameo role in Shah Rukh Khan's film Pathan. Salman Khan will also be seen in Kabhie Eid Kabhie Diwali with Pooja Hegde.