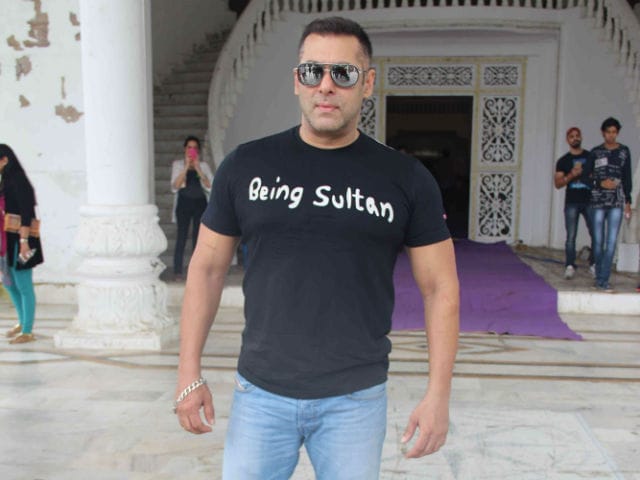 Mumbai: More than 200 crores and counting, Salman Khan's Sultan is breaking many records at the box office and is now looking to extend its run at the ticket window by one more week.

Sultan, which featured Salman and Anushka Sharma as wrestlers, released on July 6.

Salman and Anushka met the media on Friday afternoon at a Panvel farmhouse. But while Sultan watched his words, he did comment on the rape controversy that erupted when he met the media last time. It all began when Salman compared himself to a 'raped woman' while describing his experience of filming Sultan, at a press conference in June.

"Should I give you something to survive for the next two weeks? If I don't say anything, I am boring. See, I understand your responsibility towards your job. But if I say something, my people won't like it. So you guys tell me what you want me to do," the 50-year-old actor said on Friday.

When Salman was asked whether people take advantage of his silence over these matters, the Sultan star said, "You reply, you don't reply, people will still write what they want to. I may say something, it will be taken as something else. Phir ek statement ko ghuma firake kya hota hai, you also know. It's sad."

Last month, Salman Khan told the press, "When I used to walk out of the ring, after the shoot, I used to feel like a raped woman. I couldn't walk straight." The actor has not yet apologized for his comment.

On July 14, Salman skipped personal appearance for the third time before the Maharashtra State Commission for Women (MSCW), but sent a letter to the panel in response to the summons issued to him over his rape comment.

Sultan may have earned Salman another fan in Ranveer Singh who crashed the party at a cinema hall in Paris recently dancing to Baby Ko Bass Pasand Hai. Salman was rather amused. "He wasn't watching Sultan... he was making people watch him instead," he said.

With Sultan out of the way, Salman will now start preparations for Kabir Khan's Tubelight.