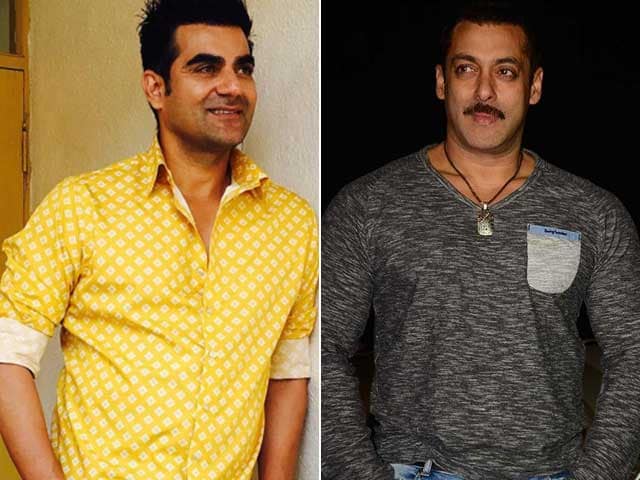 Image on the left was posted on Instagram by Arbaaz Khan.

Mumbai: Actor-filmmaker Arbaaz Khan said that his brother, actor Salman Khan is very precious to him, and that their bond is very strong.

"Salman is very precious to me. Our family is such, that we are ready to die for each other. We are always together. Even if we lead our life individually and do not interfere in each other's personal life, but a situation occurs where we need each other, then we stand together," said Arbaaz.

Salman, Arbaaz and Sohail Khan are the sons of veteran screenwriter Salim Khan and his first wife Sushila Charak, who later changed her name to Salma Khan.

Arbaaz is currently hosting the reality show Power Couple while Salman hosts Bigg Boss Nau.Together, they have worked in films like Hello Brother and Dabangg. In fact, Arbaaz directed Salman in Dabangg 2.

"Our father has taught us that if you are together, nobody will try to break you. That's unity and it has power," added Arbaaz.

The actor is currently filming Ali Abbas Zafar's Sultan, which will release next year.