Salman Khan: Can't Afford The Luxury Of Being Depressed

Salman Khan said: "I see a lot of people getting depressed and emotional, but I can't afford that luxury of being depressed or sad or emotional" 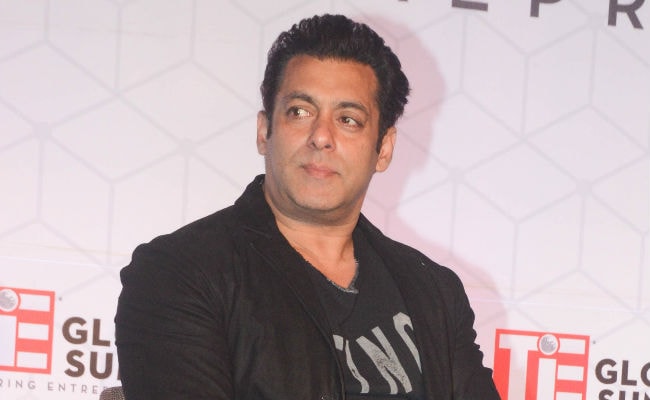 New Delhi: Salman Khan is a busy man and he likes to keep it like this. At the TiE Global Summit on Thursday, the 52-year-old actor said he hasn't taken a break ever since he started working, reports news agency IANS. "I see a lot of people going on vacations, but I cannot afford that luxury of taking a vacation. I see a lot of people getting depressed and emotional, but I can't afford that luxury of being depressed or sad or emotional because no matter what I am going through, it works against me," he told IANS. Salman Khan was last seen in Tiger Zinda Hai, which released in December 2017 and he is currently filming Race 3. Salman is also producing his brother-in-law Aayush Sharma's debut film Loveratri and he has also signed up for Bharat. So yes, Salman Khan is a busy man.

Of his days before joining Bollywood, Salman Khan said: "When I was 15 or 16-year-old, I started partying and stuff like that because that's the age when everyone parties. When I was in college, I used to assist in films and then I started working as a model too. Mr Kailash Surendranath (advertising filmmaker) made me face the camera for the first time... One day, he kept his arm around me and said 'Salman, I don't think you should waste your time by spending your father's money'. Though he said that jokingly, I didn't take that as a joke. Straight after that, I started working and till today, I don't take holidays."

Salman Khan debuted in Biwi Ho To Aisi, co-starring Rekha and Farooq Sheikh but is breakthrough film was Maine Pyar Kiya opposite Bhagyashree.

"My profession is such that I have to look good, dress up well, do stylised action sequences and romance. My articles come on affairs, me working with beautiful heroines and then suddenly a court date comes up... people see me on Bigg Boss in which I am laughing and joking," Salman Khan told IANS.

Promoted
Listen to the latest songs, only on JioSaavn.com
Apart from Race 3 and Bharat, Salman Khan has Dabangg 3 in the pipeline.