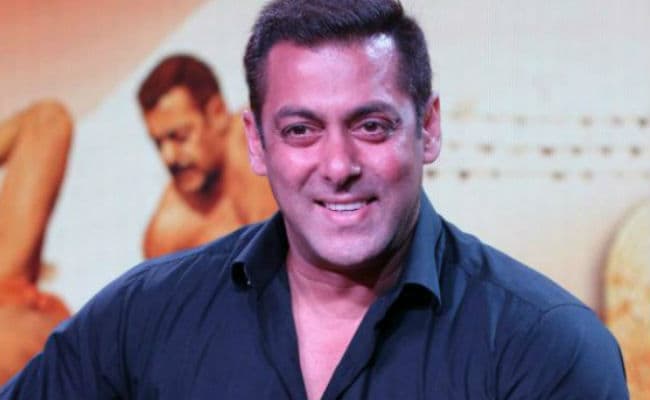 New Delhi: Superstar Salman Khan has yet again booked Eid for the release of his forthcoming film Bharat. The film will star Salman in the title role. Bharat is an adaptation of 2014 South Korean film Ode To My Father, reports news agency PTI. The film will be made by Ali Abbas Zafar, who has also directed Salman in Tiger Zinda Hai, which releases this year on Christmas. Bharat is will be produced by Atul Agnihotri (Salman's brother-in-law), who attended the screening of Ode To My Father at the Berlin Film Festival. Bharat will be shot in Abu Dhabi, Spain and India and will go on floors next year in April.

Of the film, Atul Agnihotri told PTI, "It's the journey of a country and also a person, both of whom go by the name of Bharat.That film is just the starting point for ours but since it was an inspiration, we wanted in all fairness to officially own it and acquired the remake rights before going ahead with Bharat."

Promoted
Listen to the latest songs, only on JioSaavn.com
"It's a character that I thought would resonate with him. It's a huge responsibility making a film with Salman as there are big expectations that come with the job. I'm very conscious about Salman's fan base and what they want. And once again, I'm convinced that being a family film it's worthy of coming during the festive time. And anyway, an Eid release is always every producer's preferred choice," Atul Agnihotri told PTI, adding that Bharat's casting will be decided over the next three months.