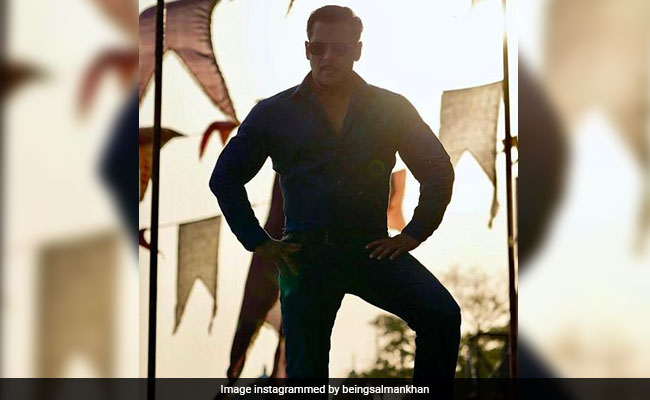 Salman Khan announced the release date of his work-in-progress Dabangg 3 on social media today. The actor posted a picture from Dabangg3 and wrote: "Chulbul is back... Dabangg 3." The film went on floors last month and the team completed a schedule in Maheshwar, where they filmed a title song. Sonakshi Sinha, who reprises the role of Rajjo opposite Salman Khan, also filmed with the team. Dabangg 3 is directed by Prabhu Deva and produced by Arbaaz Khan. Prabhu Deva, who is the third director in the film series, and Salman Khan are collaborating on Dabangg 3 after 2009 film Wanted.

December 20 release for Dabangg 3 may imply that the film may clash at the box office with Brahmastra, starring Ranbir Kapoor, Alia Bhatt and Amitabh Bachchan. The film is directed by Ayan Mukerji and produced by Karan Johar. The first part of the Brahmastra trilogy is expected to release in December 2019.

Speaking about directing the film, Prabhu Deva told Mumbai Mirror: "Every film is a challenge. So, it is necessary that I concentrate on what has to be done in the present... Of course, there are big actors and this is a huge franchise.... When you are working on a film, you give it your 200 per cent. That is how I handle every film. If you are overwhelmed by the past, you cannot give your best."

Dabangg 3 recently featured in headlines after it was reported that Salman Khan will launch his niece Alizeh Agnihotri (daughter of Alvira and Atul Agnihotri) in Dabangg 3.