Salman Khan and Ahil in One Frame. What's Left to Say? 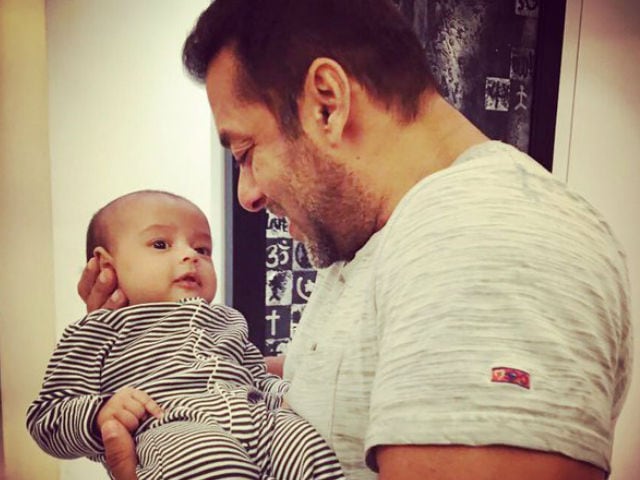 This image was posted on Twitter by Arpita Khan

New Delhi: Salman Khan is keen on teaching his pint-sized nephew Ahil a few Sultan moves. Designer Ashley Rebello shared this picture of Salman, 50, showing Ahil how to pack a punch or two while Ahil's other uncle, Sohail Khan held him still.

Memories forever , My world what a nice picture @ashley_rebello1https://t.co/tcVOWp5EFT

Earlier this month, Arpita had tweeted this super cute video of Salman and Ahil:

And another picture from Arpita's Twitter album which is her and our favourite:

My Favourites them! Blessed with the best can't thank god enough @BeingSalmanKhanpic.twitter.com/QQZRwXUsgP

Salman's sister Arpita married Aayush Sharma in November 2014 and gave birth to their first child Ahil on March 30 this year.