During the ongoing Cannes Film Festival, Salma Hayek said: "If actors ask such inflated fees it will leave nothing for actresses" 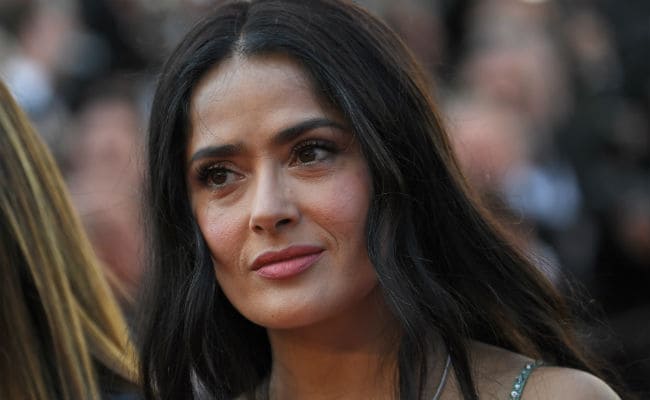 Cannes: Hollywood star Salma Hayek said Sunday that male stars will have to take pay cuts if they are serious about equality for women. The Mexican-born actress, a leading voice in the #MeToo and Time's Up movements, said highly-paid male stars would have to make sacrifices. "It is not just the producers" who have to change if the huge pay gap is to be closed. "It is actors too," she said. "Time's up. You had a good run but it is time now to be generous with the actresses," she told a Women in Motion talk at the Cannes film festival.

"If actors ask such inflated fees it will leave nothing for actresses. If the movie's budget is $10 million, the (male) actor has to understand that if he is making $9.7 million, it is going to be hard for equality," Hayek added. "Otherwise they will kill the movie," she warned.

"I will be hated for saying this," Hayek joked. "I hope I can get another job..."

Hayek - best known for Desperado and indie hit Beatriz at Dinner - had accused mogul Harvey Weinstein of threatening to "break my kneecaps" after she spurned his advances on the set of her film Frida.

The actress and producer, who says she has sold a raft of female-led projects "that I had been trying to make for 10 years" since the Weinstein scandal shook up Hollywood, said real change was happening.

"The men are terrified. The predators are hiding. You feel this very palpable atmosphere."

Hayek said it was hard to hire known female writers and directors in the US now, as studios are snapping them up trying to catch up with the public mood.

Women were "jumping from the writers' room to being show runners" on television series.

But she warned that "pay disparity is going to take a while... because they still want to pay you the exploitative salary they paid you before." Which was why women had to "be impatient," she urged.

"We should have been angrier soon. We should have come together sooner -- that is what did it," Hayek, who was nominated for an Oscar for Frida, told reporters.

She said Weinstein harassed her on the movie, which she produced, demanding that she do a "gratuitous" nude scene with another actress.

The disgraced mogul contested her claim, with Hayek insisting it was part of a ploy by his lawyers to try to discredit the "women of colour who complained about him."

She said they had also targeted the testimony of Black Panther star Lupita Nyong'o knowing that "women of colour are believed less. It is a proven fact unfortunately. Luckily there are so many of us, otherwise we would have been disbelieved."

Hayek said men should not be afraid of change in the gender balance.

"It is a very exciting time for men now. Because men have the opportunity to rethink what it means to be a man, and this comes with a lot of freedom.

"A lot of beautiful peaceful men have been the victims of the bullying of men who think that the identity of a man has to do with violence," the actress added.

"A lot of men have suffered from that and have had to become that way too when they didn't want to go in that direction," said the 51-year-old.

Hayek is a longtime champion for change in the film industry, helping set up the Women in Motion talks at Cannes four years ago with her husband, Kering luxury goods boss Francois-Henri Pinault.

Promoted
Listen to the latest songs, only on JioSaavn.com
"We couldn't have done it without a few good men, like my husband," she said, adding that it was "so sexy and unnerving when he comes up with ideas that I should have."

(Except for the headline, this story has not been edited by NDTV staff and is published from a syndicated feed.)
Comments
cannes 2018salma hayekpay disparity