Salim Khan On Son Salman's Radhe: "Not A Great Film" 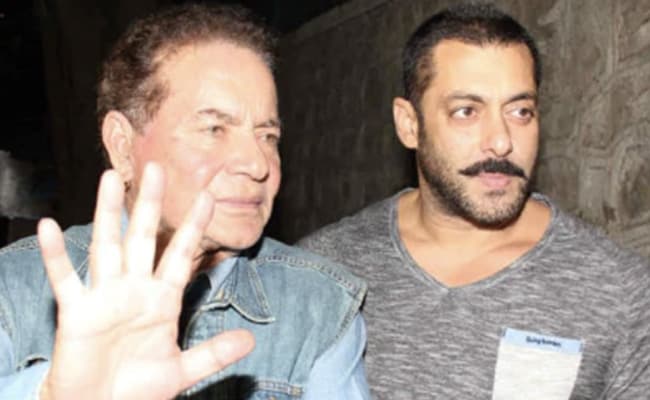 A file photo of Salman Khan and Salim Khan.

Salman Khan's father, scriptwriter and film producer Salim Khan, recently reviewed his new film Radhe in an interview with Dainik Bhaskar and said that he doesn't think it is a "great" movie. Radhe received poor reviews from viewers and critics after it premiered on ZEE5 earlier this month. Directed by Prabhu Deva, Radhe also stars Disha Patani. When asked if, like viewers, he also thinks the plot of Radhe is a repetition of Salman Khan's previous films such as Dabangg 3, Race 3, Bharat and Tiger Zinda Hai, Salim Khan told the publication that the film before Radhe, Dabangg 3, was "different" and Bajrangi Bhaijaan was also "good and totally different." He added that Radhe "isn't a great film at all" but since commercial cinema has a responsibility to ensure that everyone gets paid, his son did the film to make sure that every person associated with the film, from artists to producers, distributors, exhibitors, and every stakeholder, gets the money.

Salim Khan said that the stakeholders of Radhe are at the "advantage" but otherwise, he thinks the film is "not great."

In Radhe, Salman Khan played the role of a police officer, a character he has played in Dabangg film series and will also portray in his upcoming film Antim: The Final Truth.