On Prithviraj Sukumaran's birthday, Prashanth Neel unveiled the first look of the actor 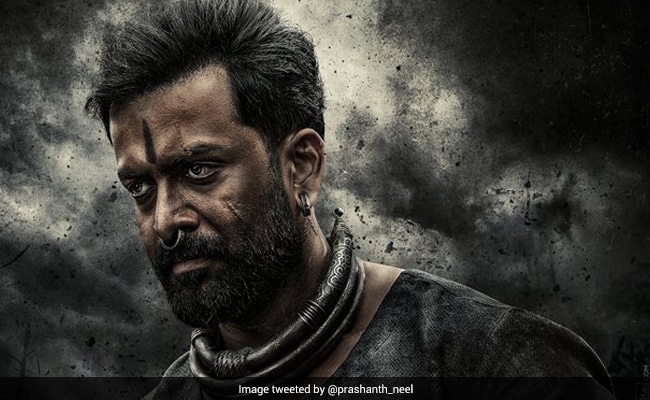 On Prithviraj Sukumaran's birthday (October 16), Prashanth Neel unveiled the first look of his character from the upcoming film Salaar. In the action-thriller drama, the actor will play the role of Vardharaja Mannaar in the movie, co-starring Prabhas and Shruti Haasan. In the image, the actor looks raw and intimidating. Sharing the post on Twitter, he wrote, "Birthday Wishes to the most versatile @PrithviOfficial, Presenting 'Vardharaja Mannaar' from #Salaar." Soon after he shared the tweet, Prithviraj thanked the Salaar team for their warm wishes, he tweeted, "Thank you #HombaleFilms #PrashanthNeel #Prabhas and the entire team of #Salaar! #VardharajaMannaar will see you in theatres on the 28th of September 2023!"

Thank you #HombaleFilms#PrashanthNeel#Prabhas and the entire team of #Salaar! 😊 #VardharajaMannaar will see you in theatres on the 28th of September 2023!#Salaar#TheEraOfSalaarBegins#Prabhas@prashanth_neel@VKiragandur@hombalefilmspic.twitter.com/fZ8V3BAjfl

In a statement, Prashanth Neel said it is an absolute pleasure for the team to have a superstar like Prithviraj on board the film. "We couldn't have had a better Vardharaja Mannaar. The way he played such an enormous character in the film justifies his magnificent presence with his brilliant performance. The drama is surely going to be insane having him in the movie," PTI quoted Prashanth Neel as saying.

"Being a superstar of the Malayalam industry, he has a huge fan base who will be truly mesmerised to see him playing such a huge character on the screen," Prashanth Neel added, as per news agency PTI.

Salaar is scheduled to release next year on September 28.

Coming back to Prithviraj Sukumaran, today he is celebrating his 40th birthday. He made his acting debut with the 2002 film Nandanam and since then has worked in over 100 films, including movies in Hindi, Tamil and Telugu.