Saina: Parineeti Chopra "Would've Been Nervous" If Saina Nehwal Had Been On Set

"I was glad only my coaches and trainers were there. If Saina herself had been there, would've made me very nervous," said Parineeti Chopra 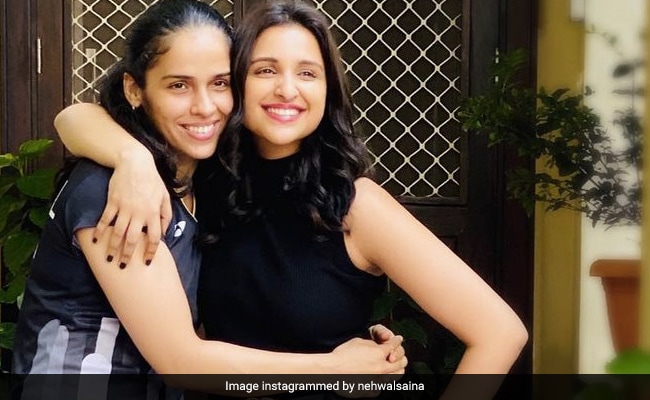 Parineeti Chopra, who has completely transformed herself into Saina Nehwal for the upcoming biopic of the badminton champion Saina, revealed it would have been intimidating for her if Saina watched her play during the film's shoot. In a statement recently, Parineeti said a conversation with Saina Nehwal urged her to train harder for perfecting the sport: "I remember visiting Saina Nehwal's house in Hyderabad to meet her and she had told me, 'I have never seen you play sports before.' When we returned I knew I had to double my training as someone entrusted me with a responsibility to play the sport right. If I can play even 1% of what she played, I would consider myself lucky."

"I was glad only my coaches and trainers were there. If Saina herself had been there, would've made me very nervous," added the 32-year-old actress.

For Parineeti, Saina was only a question away from clearing all her doubts: "Saina was very approachable and answered all queries I had. I literally discussed everything under the sky with her, my training, fitness to if I am holding the racquet right. I wanted to look right for the part and do justice to the sport and Saina," the actress said in her statement.

Parineeti recently trended a great deal for her striking resemblance to Saina in an Instagram post she shared. "Thrilled to be able to do this as an actor once in my life," she captioned the post.

Directed by Amole Gupte, Saina is slated to arrive in cinemas on March 26 - Parineeti Chopra was signed for the film in 2019. The film also features actors Manav Kaul, Ankur Vikal, Meghna Malik and Shubrajyoti Bharat. Saina is produced by T-Series.