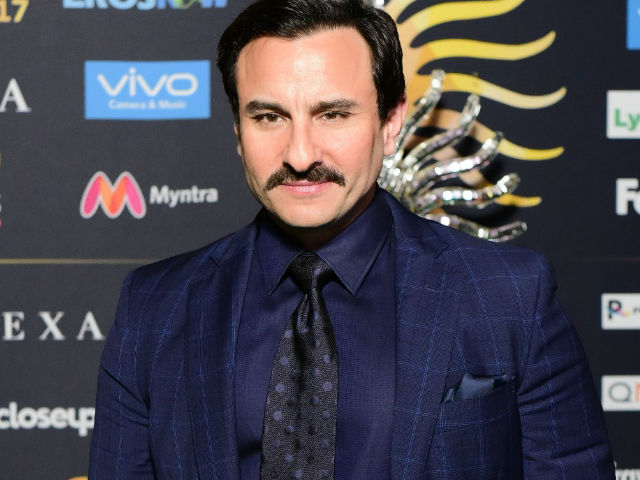 New Delhi: After defending nepotism in a Firstpost interview in July, actor Saif Ali Khan took a U-turn in a recent interview with news agency PTI. Now, the 47-year-old actor says that nepotism is a 'horrible thing.' Saif told PTI: "I am totally against nepotism. I have benefited from it for sure. Definitely, we have more opportunities than people who are not connected to movies." In July, he told Firstpost that "it's easy to confuse nepotism with genetics" later in an open letter (published by DNA) defended this statement by comparing star kids to derby horses. "People are interested in what their children will be like and whether they will have the genes of their parents, in terms of their talent," he wrote.

The debate on Nepotism resurfaced after Karan Johar (whom Kangana Ranaut branded the 'flagbearer of nepotism'), Saif Ali Khan and Varun Dhawan chanted 'Nepotism Rocks' at a gig during an award show. The slogan was an unsubtle and uncalled for dig at Kangana, for which the trio was criticised.

However, one thing which remains consistent in both the interviews is Saif Ali Khan's belief that merit alone can help an artiste in the long run. "But how long can one survives depends on talent and hard work. There are so many people like Shah Rukh Khan who have survived without any conjunctions. For one star kid succeeding there are fifty star kids who are failing," Saif told PTI on Friday. Recently, Saif also said that he would a have to introspect what's wrong with his career if his next film Chef fails at the box office like his previous few films such as Rangoon, Happy Ending, Humshakals and Bullett Raja.

Now, Saif Ali Khan's daughter Sara Ali Khan (from first wife Amrita Singh) is all set to make her Bollywood debut in Abhishek Kapoor's Kedarnath. Saif said that Sara will have to be open to criticism. "Good things outweigh negative things. And I feel there are a lot of good things around to motivate Sara. It is a high paying, high pressure great job. But it has got a darker side as well. It is ok, that's part of the profession and she will understand that. She will have to deal with a lot of things," Saif told PTI.