Saif Ali Khan: People Still Count On Me For A Good Performance

Saif Ali Khan said: "I am a bankable actor in the sense that people can count on me for a good performance" 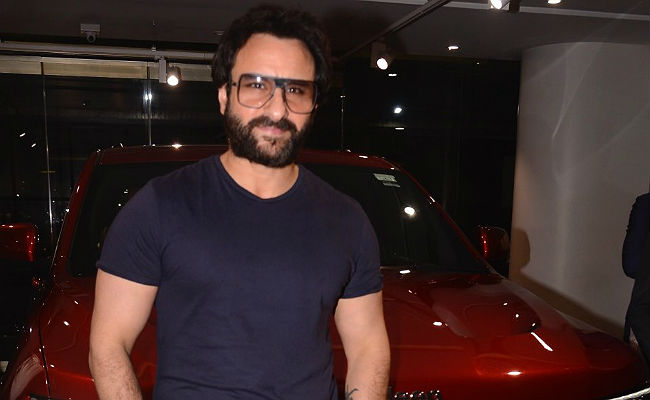 Mumbai: Saif Ali Khan says even though his recent films have not performed as expected at the box office, filmmakers and the audiences still consider him a "bankable actor" as he believes in pushing the envelope. Saif, 47, said, apart from the fact that a star can bring money and security to a project, as an actor it is also important to understand the vision of the filmmaker. "You are in the industry where box office is important. Everybody is looking for something that will give them security and money. And if a star is doing that, then you will build an industry around it. It goes beyond ego and simple things," Saif told PTI in an interview.

He said economics drives the 'star system' in the industry but actors are required to go beyond what is expected of them. "A bankable hero is what the industry is based on. I don't think I have been one for a while. I am a bankable actor in the sense that people can count on me for a good performance. (I am) someone who will push himself for a role and be well behaved. It is also important," he added.

Saif, whose role in Kaalakaandi is generating quite a buzz, has had a rough year with Rangoon and Chef not doing well at the ticket window but the actor said he has taken the failure in his stride.

"Box office success will be great but even without that it has been an engaging and exciting time as an actor for me where I am working with different set of directors. Also, I am trying to get better and improve myself. I have done a lot of work. It is a good attitude (to have) than being upset about it."

The actor said failure of a project does not make him "insecure".

"People's liking or disliking is not for me personally, it depends on the film. Maybe, I am doing wrong kind of film. So you try and do different kind of films like Kaalakaandi, Baazaar and a web series," he added.

Saif said he feels "humble" that his position in the industry is not based on the success of a project and filmmakers still count on him. "It is really humbling for me and makes me feel proud that it is not based on Friday success and based other things that I do as an actor. They (makers) know there is some quality here."

The actor said that with likes of Aamir Khan working hard on the look of their characters, the way actors approach the roles has changed a lot.

"I think Phantom particularly is my mistake. It could have been a more exciting movie, maybe. I did not look the part and nobody told me also. I think maybe Kabir Khan (director) should have calmly told me about it. I should have been crew cut, I should have been twice my size, looked like a serious soldier. It is like how Aamir Khan does the look. That change has happened now which was not there earlier," he said.

(This story has not been edited by NDTV staff and is auto-generated from a syndicated feed.)
Comments
saif ali khansaif ali khan filmssaif ali khan actor