Taimur will celebrate his first birthday on December 20 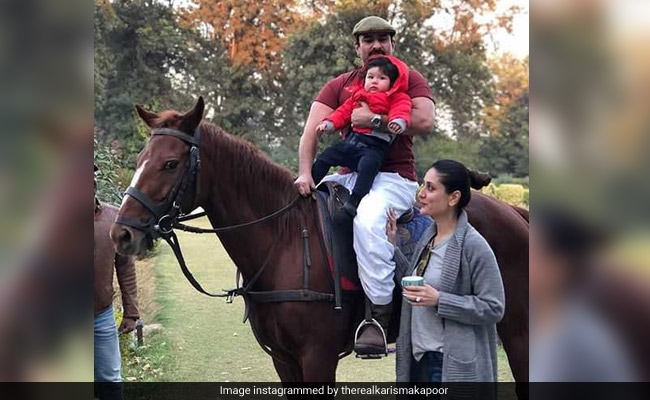 New Delhi: Yay! The little Nawab Taimur is all set to celebrate his first birthday on December 20 in the Pataudi Palace, which will be a family only get-together. Joining doting parents Saif Ali Khan and Kareena Kapoor in the birthday festivities is Taimur's maasi Karisma Kapoor, who elated the fans with adorable and extremely royal pictures from the Pataudi Palace. Karisma's pictures featuring baby Nawab, mom Kareena and dad Saif are so adorable that netizens could not but notice it even on a lazy Monday evening. In one of the pictures, Saif is sandwiched between the Kapoor sisters while in the other Saif can be seen giving a horse riding lesson to baby Taimur.

Comments and likes started pouring in and the photo has garnered over 8,792 'likes' within 30 minutes. Several of followers have posted comments like "Awww," "just too cute" and "adorable" while some others said that it's a postcard worthy picture and we can't agree more.

Take a look at Taimur's pre-birthday celebrations, all the way from Pataudi Palace:

Saif and Kareena were also spotted at the Mumbai airport recently with their little munchkin Taimur. The couple posed for the paparazzi while little Taimur was in no mood for courtesies. 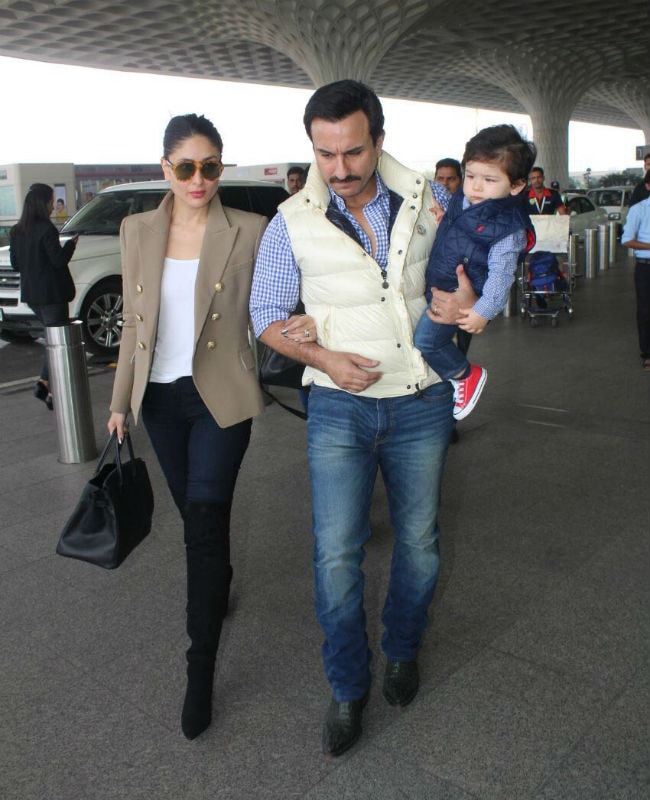 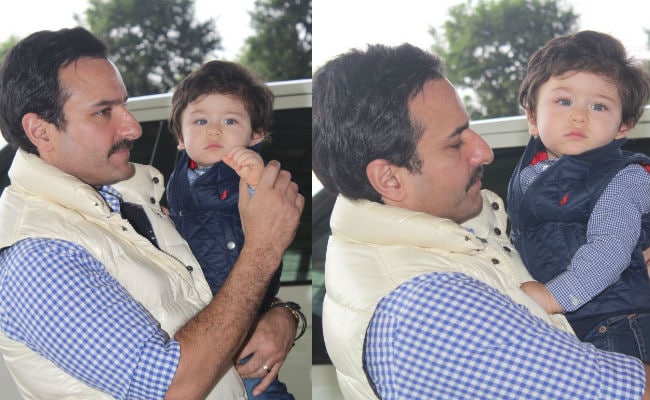 Of Taimur's birthday, Karisma had earlier told Hindustan Times: "Yes, Taimur's birthday is arriving and it is a special moment for us. The family is really very excited and thrilled about the same. We will have a family get together of sorts, and will not be having a big celebration."

Later, Kareena also said, "It's going to be a family affair and not a big Bollywood party like how everyone sees it. It's his first birthday and he should be with his family- his parents and his grandparents. It's going to be a small intimate thing," reports Hindustan Times.

Promoted
Listen to the latest songs, only on JioSaavn.com
Saif married Kareena in 2012 and Taimur is their first child together. Saif was earlier married to actress Amrita Singh and they are parents to Sara Ali khan and Ibrahim Ali Khan. Saif Ali Khan was appointed 10th Nawab of Pataudi in October 2011. He took charge of the Pataudi Palace in 2014 and then it was redecorated by Sharmila Tagore and Kareena.

We wish Taimur a very happy birthday in advance!