'Sadly, All Things Must End' - Even Rocky. Sylvester Stallone Hangs Up His Gloves

Sylvester Stallone that it's up to Michael Jordan, the hero of Creed series, now to "carry the mantle" 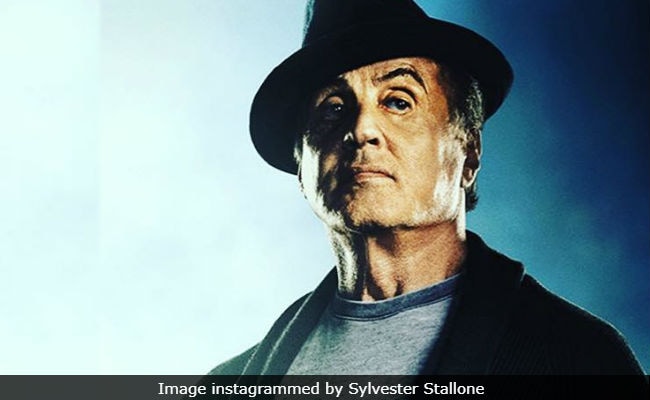 After more than four decades and eight movies, actor Sylvester Stallone says he is finally hanging up his Rocky gloves. In a video he shared on Instagram Wednesday, the 72-year-old actor said he was ready to walk away from playing the iconic character, referring to his latest appearance in the recently released Creed II as his "last rodeo." "I thought Rocky was over in 2006 and I was very happy with that," he said in the video. "And then all of a sudden this young man presented himself and the whole story changed," he added, pointing to his Creed co-star Michael B Jordan.

"It went on to a new generation, new problems, new adventures."

The Creed films are a continuation of the Rocky story, following the retired champ as he faces up to middle age and trains a new protege.

I am reposting this because there was a technical difficulty. I just want to thank everyone around the whole wide World for taking the Rocky family into their hearts for over 40 years. It's been my Ultimate privilege to have been able to create and play this meaningful character. Though it breaks my heart, Sadly all things must pass... and end. I love you Kind and generous people , and The most wonderful thing of all , is that ROCKY will never die because he lives on in you ....

Mr Stallone said he couldn't be happier for the way things turned out for the Rocky saga that began in 1976 and which chronicled the life of the heroic underdog boxer.

"As I step back, as my story has been told, there is a whole new world that's going to be opening up for the audience, for this generation," he said, adding that it was up to Michael Jordan now to "carry the mantle."

Mr Stallone said the video, which appears to have been filmed on a beach, next to a bonfire, was shot on his last day making Creed II. In it, he addresses some of the cast and crew of the film.

In a message on Instagram accompanying the video, Stallone said he was sad to abandon the role but that it was time to turn the page.

"It's been my Ultimate privilege to have been able to create and play this meaningful character," he wrote. "Though it breaks my heart, sadly all things must pass... and end."

Mr Stallone has been nominated three times for an Oscar for his role in the Rocky series, but the prized statuette has always eluded him.