Sadak 2: Alia Bhatt Shares An Update From The Film's Set 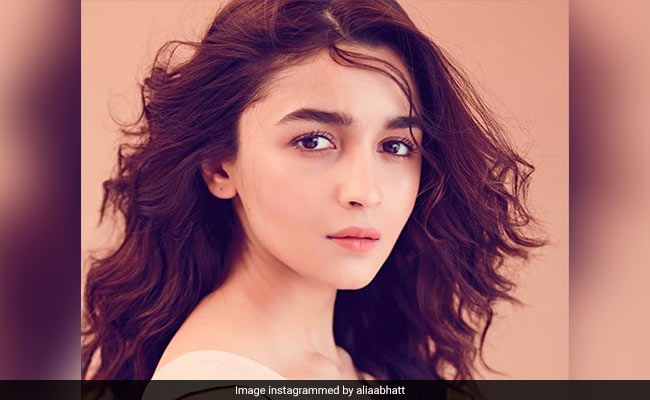 Actress Alia Bhatt will soon head to Ooty to shoot for her father and filmmaker Mahesh Bhatt's Sadak 2, and she has already started prepping for the schedule. The actress on Sunday took to Instagram stories to share an update about the project. She posted a photograph of the front page of the script of the film. It read: "Sadak 2... Written by Mahesh Bhatt and Suhrita... Copy for Alia Bhatt... Ooty sides only."

Along with the image, Alia also shared bag, coffee and pencil emojis, hinting that she is all set to get to work. The film also stars Pooja Bhatt, Aditya Roy Kapur, Sanjay Dutt, Jisshu Sengupta, Priyanka Bose and Akshay Anand. 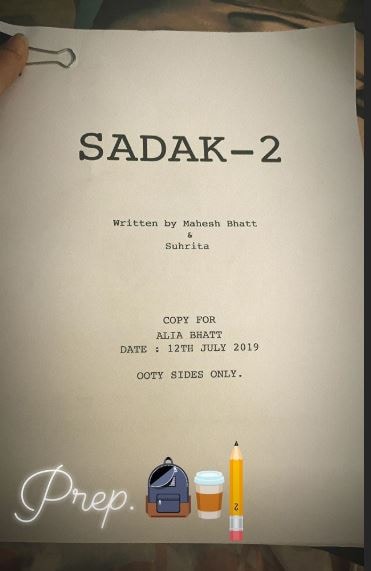 Sadak 2 is sequel to the hit 1991 film Sadak, a romantic thriller, which featured Pooja and Sanjay. It was one of the highest-grossing Hindi movies of 1991 with a popular musical score. Late Sadashiv Amrapurkar's award-winning performance as the villain, Maharani won hearts and is still one of the all-time best bad guys in Bollywood. The film was inspired by the 1976 American movie Taxi Driver.