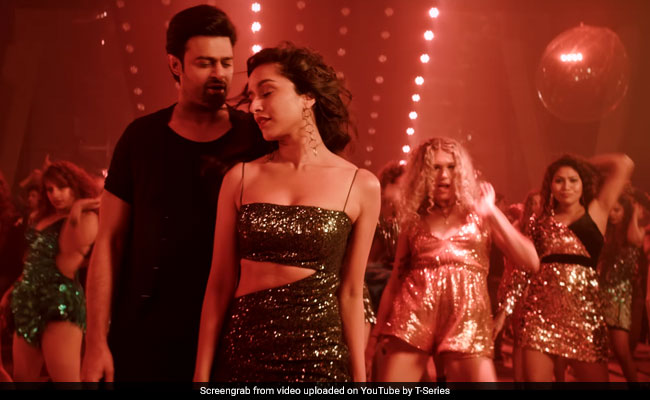 The wait is over for Psycho Saiyaan - the first song from Prabhas and Shraddha Kapoor's upcoming movie Saaho. The track is a signature peppy number with the potential to become the next party anthem. Psycho Saiyaan begins with Shraddha Kapoor, looking absolutely stunning in a cut-out sequin dress, setting the party mood as Prabhas gears up to step on the dance floor. Through the lyrics, Shraddha Kapoor introduces her "psycho" lover Prabhas as the "Psycho Saiyaan" and then they move on to declaring their love for each other in the craziest of terms. However, it is hard to miss that while Shraddha does a brilliant job on the dance floor, Prabhas struggles with his choreography in the song.

TBH, after watching Shraddha and Prabhas groove to Psycho Saiyaan in the first half of the song, the ending scenes are actually a relief - it's a collage of high-octane action sequences from the film, which involves no dancing on Prabhas' part. Thank god.

Saaho marks Prabhas' first film after the Baahubali blockbusters - it is also his maiden Hindi film and Shraddha's first Telugu project. The star-cast of Saaho also includes names such as Jackie Shroff, Neil Nitin Mukesh and Chunky Panday. Directed by Sujeeth, Saaho is all set to hit screens on August 15 this year.