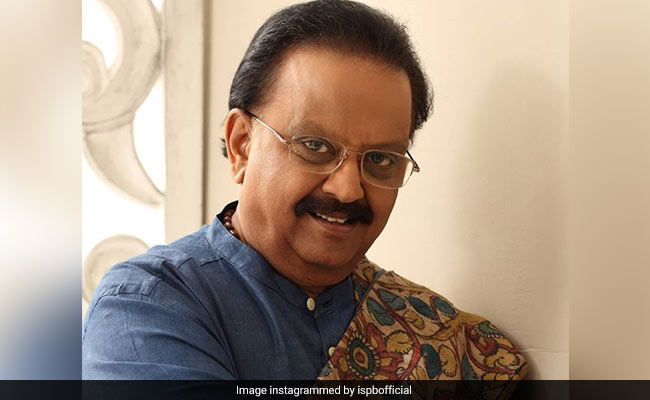 Singer S P Balasubrahmanyam's son S P Charan shared a video message on Instagram, in which he talked about his father's health - the 74-year-old singer was hospitalised after testing positive for COVID-19 earlier this month. "I had a conversation with my doctors today. Everything seems normal. Dad is responding to the treatment... He is almost 90 per cent out of sedation. We are grateful to the affection and prayers that have come my father's way. Also, grateful to the MGM Healthcare and the doctors who are diligently working on my father and his treatment and make sure that he recovers from this illness. Hopefully, we will meet him soon." Mr Balasubrahmanyam was hospitalised on August 5 and on August 13, his condition deteriorated and the doctors moved him to the Intensive Care Unit.

In Tuesday's video message, S P Charan also said, "A lot of people have asked me to put up these posts in Tamil. The reason I chose to speak in English is because dad has a lot of fans all over the country. For me to put up these posts in Tamil, Telugu, Hindi, Kannada, Malayalam or all the other languages he sang in is very time consuming. I am in between prayers, doctors and putting up updates for his fans. So please understand. If there are people who are not able to understand what I'm saying, please explain it to them. So, the news will spread, and the positivity will also spread."

S P Balasubrahmanyam is a National Film Award-winning music legend, who has also been honoured with the Padma Shri and the Padma Bhushan. Mr Balasubrahmanyam holds the Guinness World Record for recording the highest number of songs by a singer with over 40,000 songs in several languages. He is also an actor and film producer.